If you ever fantasized about a Galaxy Nexus version with quad core CPU and 8MP camera, then your wish has just come through, but not courtesy of Samsung. ZTE created a handset that looks very much like the Galaxy Nexus, it has the same display resolution, a quad core CPU and a better camera (on paper). Meet the ZTE PF112 HD, a handset that’s detailed after the break and shown in the hands on video at the end of the article: 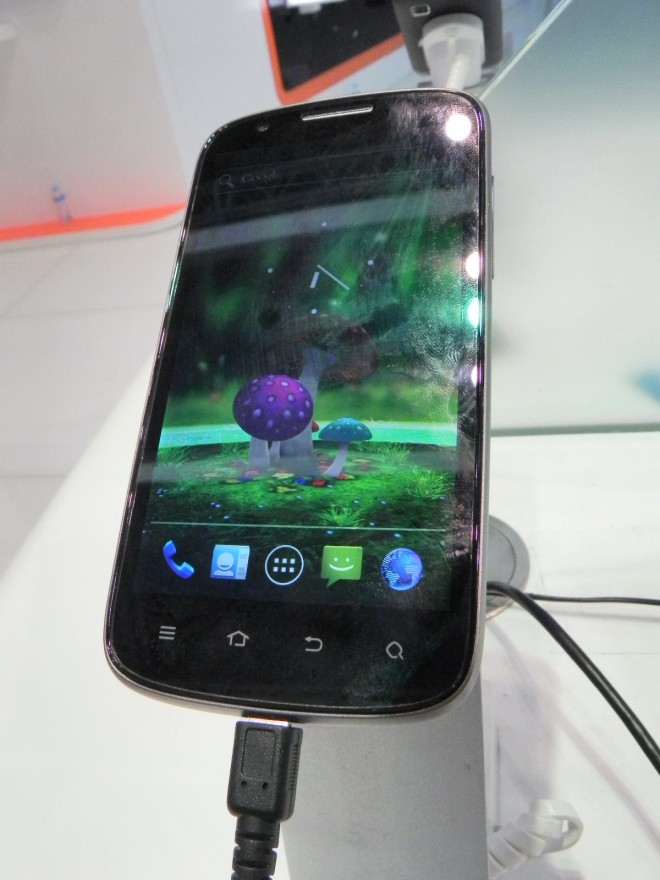 Asian companies are having a kickass year, with Huawei introducing some very interesting smartphones and ZTE announcing a total of 15 tablets and phones (more or less) at MWC 2012. ZTE PF112 runs Android 4.0 ICS and it’s a GSM device, so expect it to hit Europe soon and most likely with a better price tag than the Galaxy Nexus. This is a Tegra 3 phone and in case you want to check out the preview vid below, be warned that the English of the person at the ZTE booth is not top notch… Here are the specs:

Our editor at MWC says that the handset is pretty light, it’s ergonomic, comfortable to use and that the graphics are stunning. As shown in the video there are some nice graphical effects to have fun with, like those light effects of the mushrooms shown on screen. As far as the design goes, the front and profile is all Galaxy Nexus, while the back looks a bit like the Huawei MediaPad tablet, with a central metallic area and an upper and lower plasticky part. More info in the video preview: