Google seems to be the author of a “controlled” leak, involving a text version of the Android Market, that popped up on Galaxy S phones yesterday. There’s a new Content Rating section for applications and other than that we couldn’t find other differences. However, this piece of software reveals new beta apps from Google and even alpha ones. 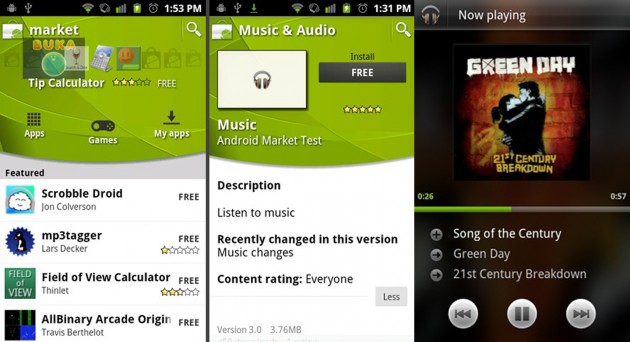 For example, there’s a new Music app in there, looking very much like the Honeycomb one. You can download it from here, if you love messing with fresh code that’s not yet finalized. Three open beta apps are available for you to play with: Google Gallery 3D New 10.2, Google – Camera v12 and Google Desk Clock 10.

We expect the new Music app to be launch together with Google’s mystery Music service, maybe during the I/O event in May, if everything goes well. Some consider these apps a sign of the process that Android is going through, having its component features decoupled and included in the Market. Maybe this will be also be used as a quicker upgrade mechanism?