We’ve already seen iPhone 5 components, connector dock, back case and even a front panel compared to the iPhone 4S. Now straight from etradesupply comes a video that’s supposed to show us a redesigned back panel for the iPhone 5. The guy who’s analyzing the leak in the video doesn’t seem too convinced that the part he’s holding is real. 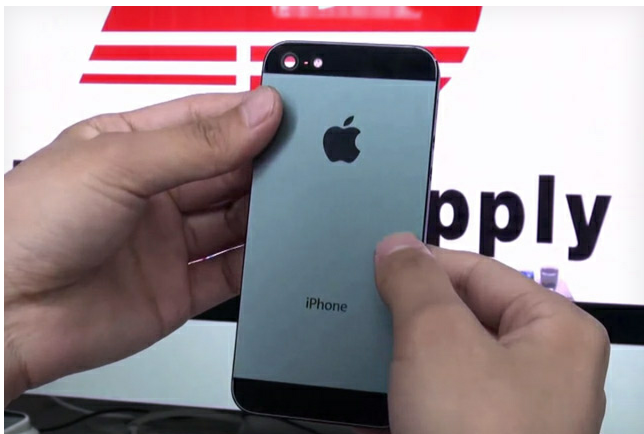 The design does match the leaked pics that we recently saw for the latest iPhone and includes a smaller dock connector at the bottom, flanked by a moved audio jack. The new back panel may be the exact same width as the one on the iPhone 4 and 4S, but it’s quite a bit taller and those images also seem to show it’s thinner, leaking us to believe that the new iPhone is slimmer than its predecessor. Here’s a list of all the main features it keeps from the iPhone 4S:  positioning on the rear camera, volume buttons and mute switch.

Also, know that the new iPhone’s rear panel is no longer made of glass, but aluminium now. The headphone jack is placed on the bottom, not the top, where the dock connector lies. That dock connector is a bit smaller than Apple’s previous 30 pin layout. The SIM is also supposed to be smaller, making us think this will end up being one of the first nano SIM devices out there. The speaker grille is larger than the microphone grille and certainly larger than speaker grilles on previous iPhones.

So, are you ready for an iPhone with nano SIM, killer speakers and more room for a bigger battery, that will provide juice for LTE?