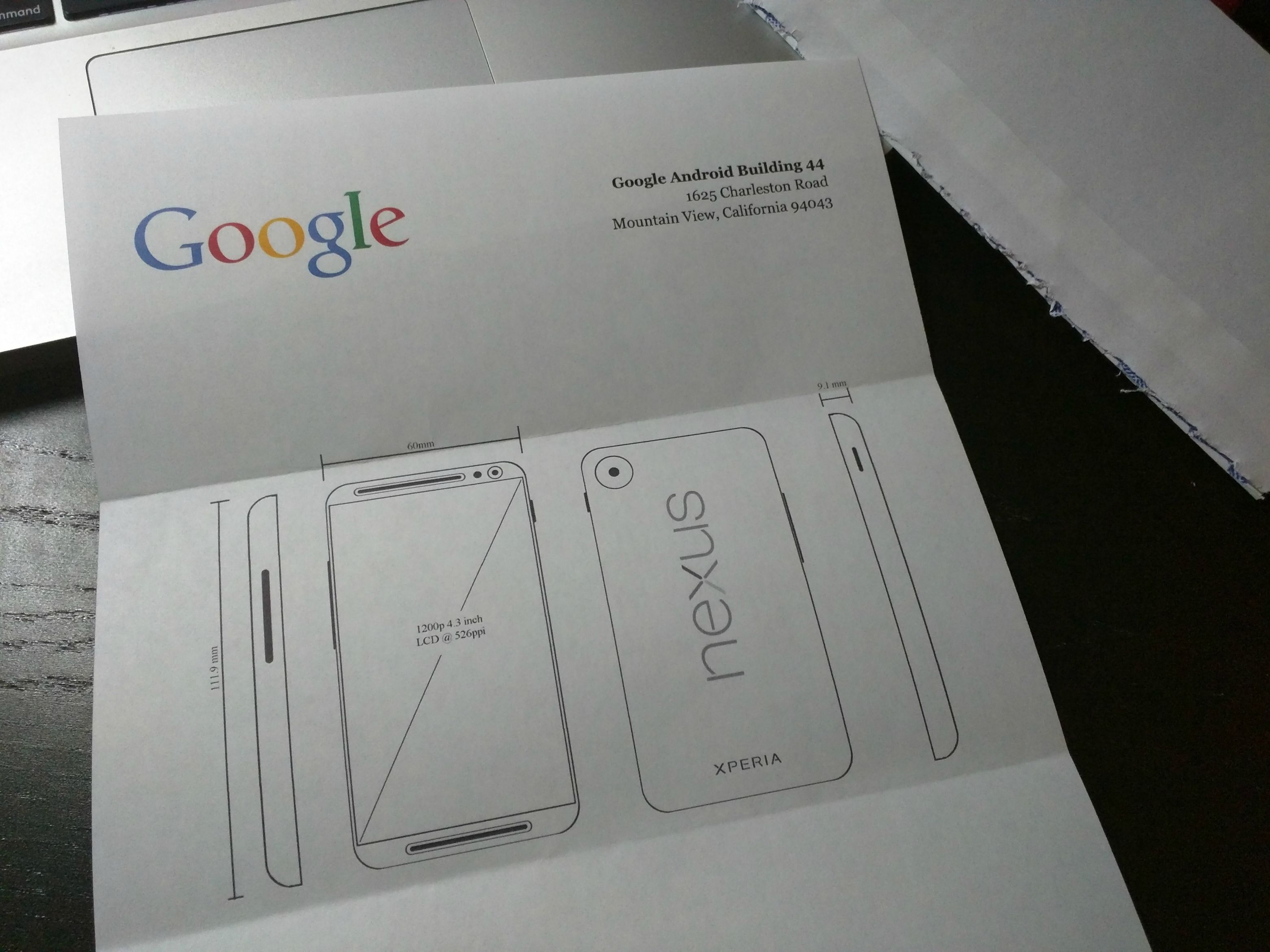 We take this info with a huge grain of salt, but we can’t help but be surprised by the leak shown below. Apparently, a source got hold of some papers from Google, listing the features of the next Nexus phone, one with a very small diagonal and Xperia branding. 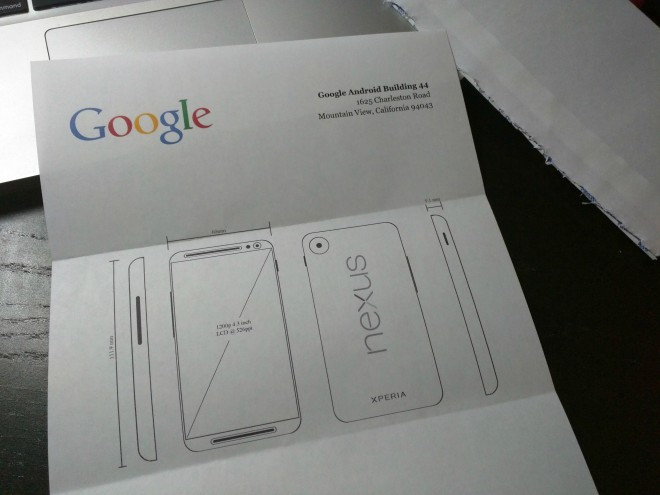 This device is pretty thick, its back reminds me of the Nexus 5 and it packs a mere 4.3 inch display. The screen is a 1200p one apparently and the device is said to come with Android 5.0, according to the documents. A huge discussion has started on Reddit, regarding the images, with two sides of the story: one claiming it’s all real, but maybe the final product won’t look like that and the other saying that the Nexus 4 2015 is a fake. 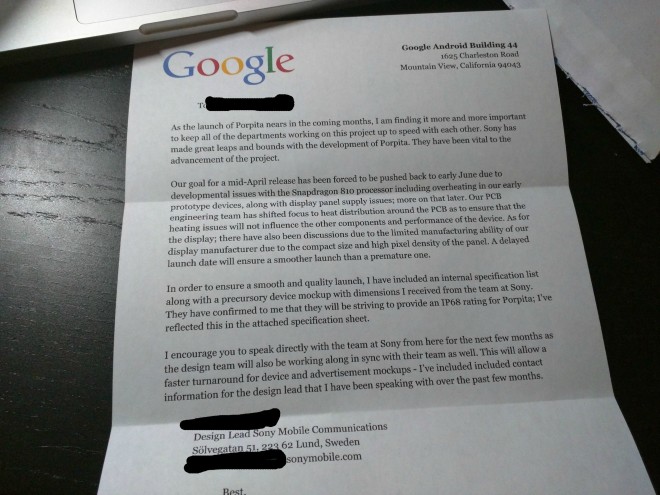 Famous leakster @evleaks claims that it’s an elaborate hoax being played on Reddit. Anyway, back to the documents, the 4.3 inch smartphone is listed with 3 GB of RAM, a Snapdragon 805 processor and 32 or 64 GB of storage. NFC and a huge 3780 mAh battery complete the list and this one is a surprising choice of battery, I have to be honest. The front side of the handset reminds me of a Nexus 6 or HTC One, through the dual speaker grilles.

I see that the document mentions Samsung as the OEM, but it’s written next to it with a pen, that another OEM is being discussed. Finally, there’s a 13 MP back camera with Sony sensor and a front 5 MP shooter. What do you make of this? Is it as fake as it seems? 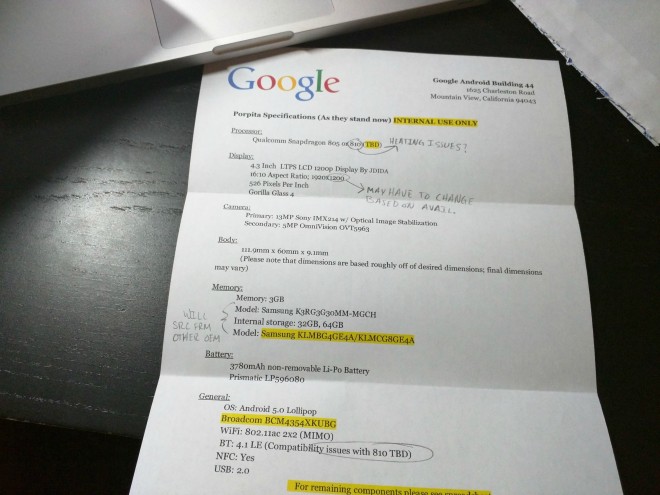