While US consumers are taking full advantage of the capabilities of Nexus One, the European ones are stuck waiting for the handset to be released via a local carrier. Vodafone UK is one of those carriers, gearing up to launch the phone this Spring. Also, we’ve learned that Nexus One just popped up on Vodafone’s site. 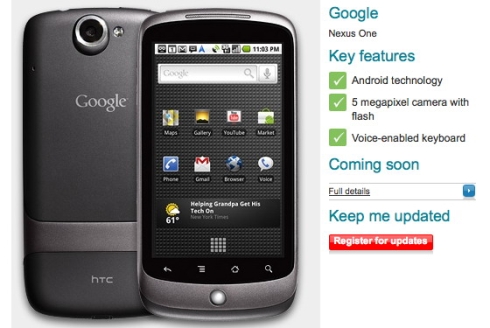 Scheduled for an April release (although it’s not 100% sure), the handset has been spotted on Vodafone UK’s website with a “coming soon” note attached to it. Don’t discount a March launch as well and if you’re wondering about prices, speculations claim they’ll be around EUR 150 with a 2 year contract.

Vodafone UK customers will also have the choice between this handset and HTC Legend, running Android 2.1 as well.