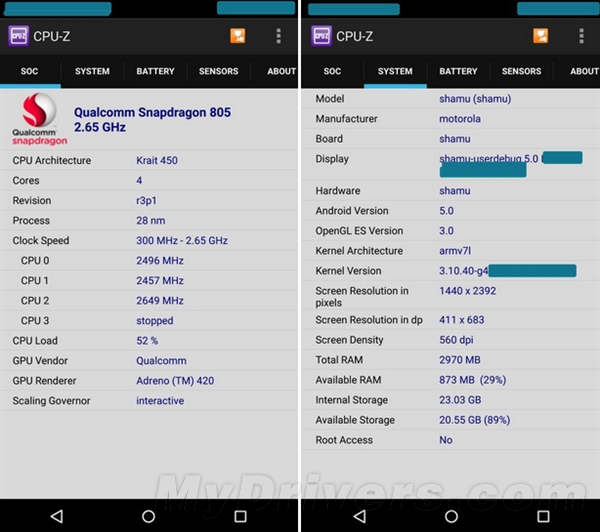 Another great device that is expected to be announced soon on the market is the Motorola Shamu, a 5.9-inch phone that will arrive under Nexus branding as Nexus X or Nexus 6. Today, through the CPU-Z app found in the Google Play Store we have the opportunity to find out some of the specs of this phablet.

In terms of design, the Nexus X will look pretty much similar as the Moto G and Moto X smartphones with two stereo speakers found on the front panel, and a 3.5-mm audio jack placed central.