After having a glance at the tiny cardboard robot based on an Android handset, we stumbled upon a LEGO robot that uses a Nokia N900 unit as its brain. A similar initiative based on an iPhone could be seen in the past and we’re sure that HTC also had its share of handsets used for this purpose. 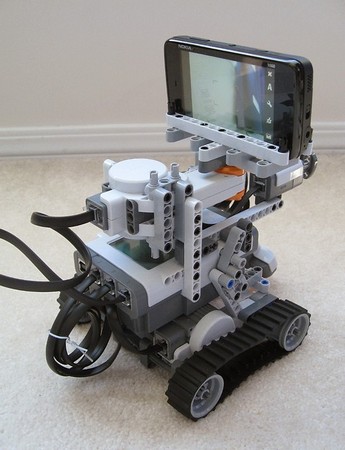 Known as Niko, the LEGO robot using the Nokia powerhouse based on Maemo is made out of LEGO Mindstorm NXT 2.0 components, as far as the body is concerned. The bot took a couple of weeks to construct and took off as a web phenomenon on Youtube, thanks to the video you can see below.

The touch sensor on the device makes the robot stop and slightly reverse.