After we informed you about some of the Nokia prototypes of the future, leaked by the Finns and made popular by Engadget Mobile, it’s time to analyze the most popular of those handsets: Eitri. Among the 30 devices on the list, Nokia Eitri stands out, as the interesting smartphone prototype that will be released in Fall 2009, if all goes well. 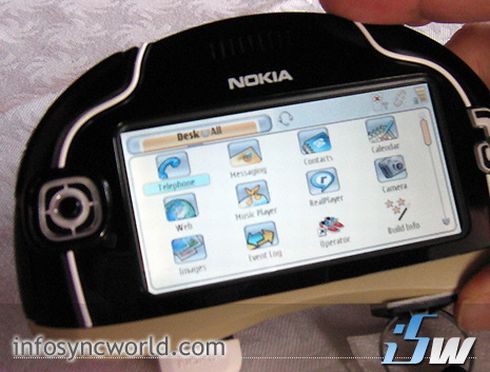 We’re dealing with an all-touch smartphone, with a 3.5 inch display (640 x 350 pixels resolution), pressure sensitive touch UI with tactile feedback and gesture support. Boy Genius Report claims that Eitri will arrive as a landscape candybar device, which reminds us of the Nokia N800, so it might be a follow-up to the Internet tablet.

Nokia Eitri would be running Symbian 5th Edition and in case it features N810’s slide-out QWERTY keyboard, it might spell success for the Finns.