Twitter user @Sheridan01 recently let the folks of mynokiablog know that he was in the process of updating his Nokia N97 handset. Apparently, the V22.0.110 firmware is available now, not the V30 Nokia announced by mistake. You can take the OTA way and press *#0000# to update, or use a PC. 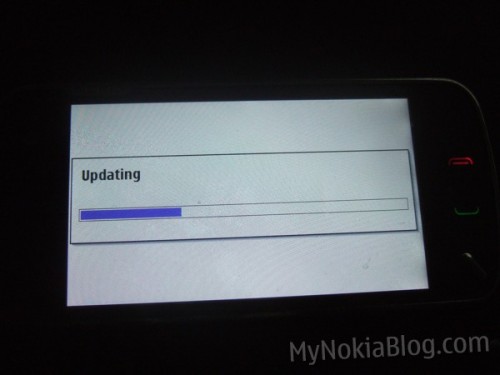 Changes in this version include a faster operating speed and boot time, that now takes dozens of seconds less to start up the device. Keep in mind that there’s a possibility your operator won’t let you go past v20, so watch it. Back to the new firmware, it brings bug fixes, like message editor crashes, wrong way scrolling, “slide to answer” localization error and more.

The “system error” being occasionally displayed at start-up is now gone and the default Nokia tune playing instead of your ringing tone is also fixed. Full changelog is available here. 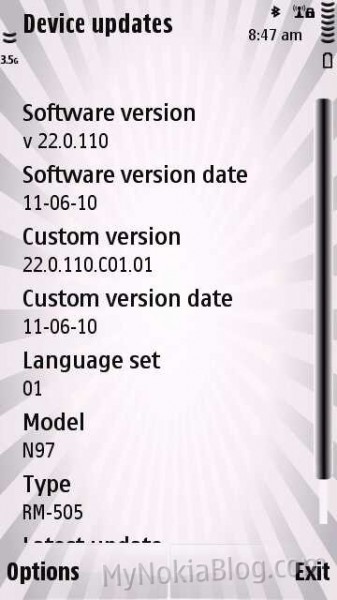