The global economic depression has left its mark on Nokia, who recently reported a loss of 559 million EUR or $832 million for Q3 2009. This is the first net financial loss since the company began reporting quarterly in 1996, according to Bloomberg. 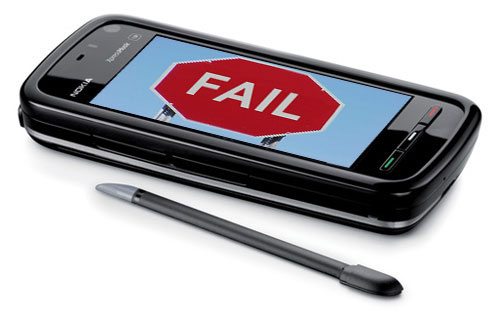 Nokia claims that the loss can blamed on costs associated with its joint initiative with Siemens, plus the economic depression. Handset demand has also decreased this year, claim the Finns, with 7% apparently. We also learn that the handset maker’s sales have declined 20%, to 9.8 billion EUR, but Nokia continues to hold onto a 38% global market share.

Siemens continues to struggle, as Nokia starts realizing that investing in the joint venture wasn’t such a good idea…