A short-lived YouTube video showing the MeeGo smartphone UI in action demonstrated once again the potential of the new OS. Sadly, the video was taken down, but at least now we know what to expect at next month’s Nokia World event. 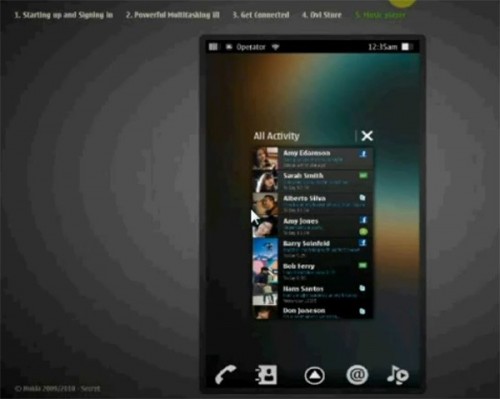 The footage that disappeared from YouTube recently showed one minute and 29 seconds of MeeGo OS action, focused on powerful multitasking, connectivity, the Ovi Store and media playing features. Nokia customized MeeGo as much as it could, making the OS richer and more functional, while the whole multitasking thing reminds us of the WebOS experience.

Maemo 5 also lends a feature or two (like thumbnails) to the new release.