Just as Nokia had Vertu as its premium brand, ZTE has Nubia as a subsidiary for premium products. Now they’re teasing a new Nubia product, the X6, that’s shown in the image below. 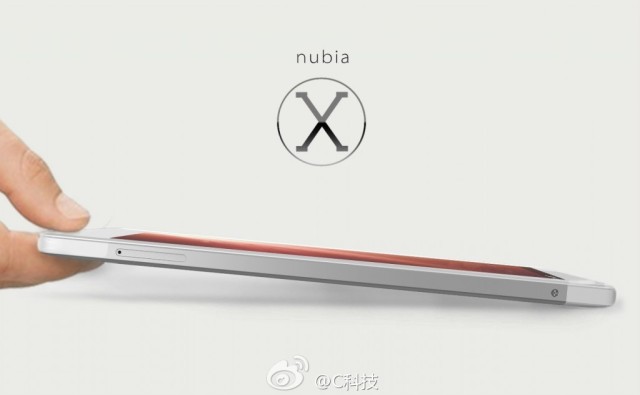 This one is supposed to be a flagship phablet coming soon enough. Spy photos have previously leaked, so there’s nothing much for the teaser pic to reveal. The Nubia X6 is expected to debut by the end of the this month and it appears to be a device with an unibody aluminum shell and a single SIM card slot.

This model is expected to integrate a 6 inch 2K display, up to 2 GB of RAM and a Snapdragon 801 processor. The same CPU has been found on the Samsung Galaxy S5 and the Sony Xperia Z2, both unveiled at MWC 2014 last week. We’ll also get a 13 megapixel camera on the Nubia X6 and we can’t wait to see it in action.