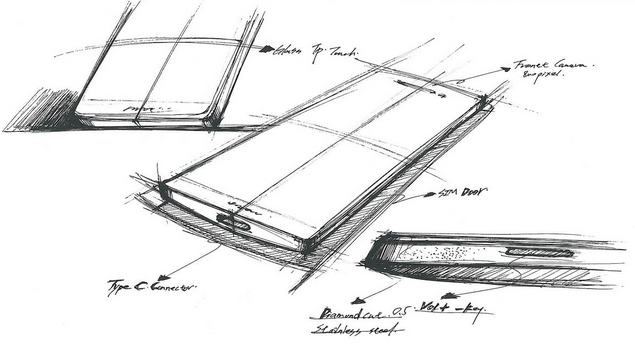 Today, through BusinessInsider we get to see some of the first sketches with the OnePlus 2, phone that will be unveiled during a VR special event on July 27th. As you may know, a couple of days ago we saw some pictures with this device, but they seemed to be fake ones. However, today isn’t the case with these sketches.

From start we notice that OnePlus 2 will bring a metallic frame and glass insertions in its case, premium materials that are found at the moment on other flagship devices too. Also, it seems that this phone will bring in a 8-megapixel front-facing camera that promises great selfies from start.

Getting to the 2nd picture, we see the dual-camera sensor on the back accompanied by a fingerprint scanner right below it. In the same time, we notice at the bottom the USB Type-C port, a feature that was officially announced by the Chinese company. 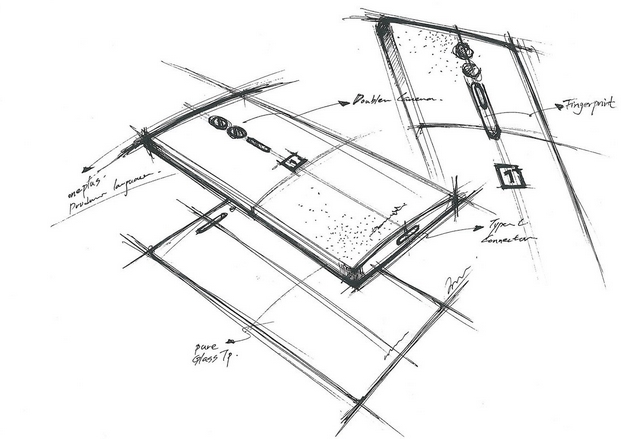 Even if there’s some new elements there, the overall design of the OnePlus 2 hasn’t changed too much compared to the 2014 phone, but those new introduction are really worth it. Inside this device we’ll be getting an octa-core Snapdragon 810 processor, 3 or 4 GB of RAM memory and Android Lollipop.