Oppo is a Chinese brand that many of you may not be familiar with. However, thanks to products like the Oppo Finder 5, the company gained some popularity. This handset is the world’s thinnest smartphone, that’s meant to debut soon enough and also reach the international market. 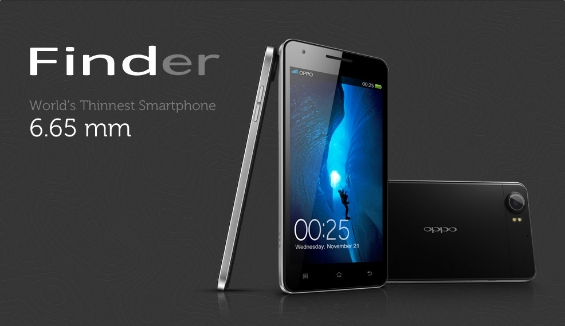 Oppo is based in Dongguan, Guangdong in China and it’s company that usually makes MP3 Players, blu ray players, audio equipment and mobile phones. The Oppo Finder 5 isn’t fragile even if it’s thin, since it’s made from military grade stainless steel. The company making it says that it’s very resilient and we also find out that it comes with a 4.3 inch Super AMOLED Plus display, a 1.5 GHz dual core CPU, wireless charging and Dolby Surround sound.

It also has an 8 megapixel camera at the back with Full HD video capture and a front camera, able to perform 720p capture. Another cool feature is the one promised by Oppo: weekly OTA updates based on user feedback and they also promised “the world’s best interface”. So, you interested in a 6 mm thick phone?