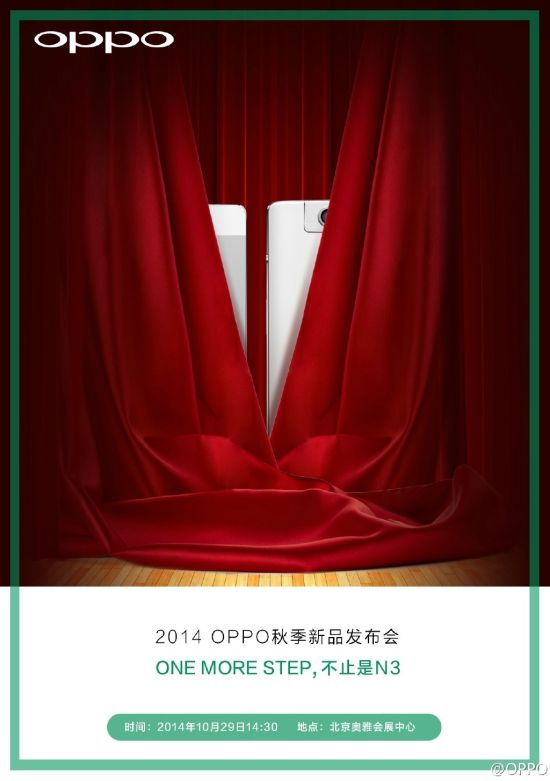 In just a few days, more precisely on October 29, the Chinese company Oppo will unveil the successor of the N1 smartphone that will impress us with a rotating camera sensor, device called Oppo N3. Beside this one, it seems that Oppo will launch another phone in the same event, an official teaser being posted recently by the company.

Even if we can’t see much of the phone, its case being hidden under the curtain, we could expect that on October 29, Oppo to present the mysterious device arrived yesterday in press, a smartphone that could be the world’s new slimmest phone as being rumored a 4 mm thickness of the case. 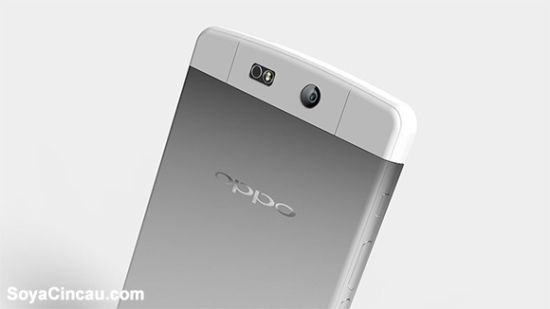 Getting back to the Oppo N3 cameraphone, as we found out previously, this one will bring in the package a 16-megapixel rotating camera, a quad-core Qualcomm Snapdragon 805 processor clocked at 2.7 GHz, and a Quad HD display.