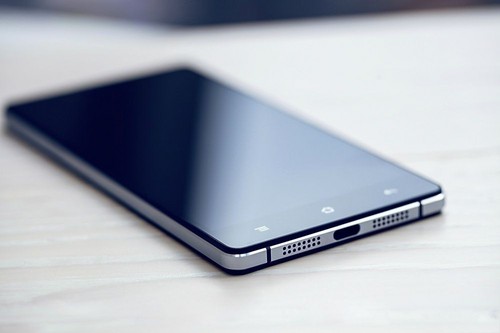 The Oppo R1C has been pictured in a series of hands on shots that make it feel like a combo between an iPhone, a Lumia and an Xperia. This unit had previously been certified under the codenamed R8207 by authorities in China.

The device has a glossy case and it measures a slim 6.85 mm in thickness, also packing a 5 inch 720p display, an octa core 1.5 GHz processor and 2 GB of RAM. There’s 16 GB of ROM inside, a 5 megapixel front camera, plus a 13 megapixel main shooter. Oppo R1C is expected to be released soon and its most interesting design aspect is the sapphire blue back, with a 3D mirror effect, apparently.

Just in case you’re wondering, the CPU mentioned above is a Snapdragon 615 and we’ll also get a microSD card slot, which is good for such a small body. Hopefully those stereo speakers at the bottom provide good sound and the metallic frame is sturdy.