Home Oppo Oppo R7 Press Image Gets Leaked; We Get to See How Its... 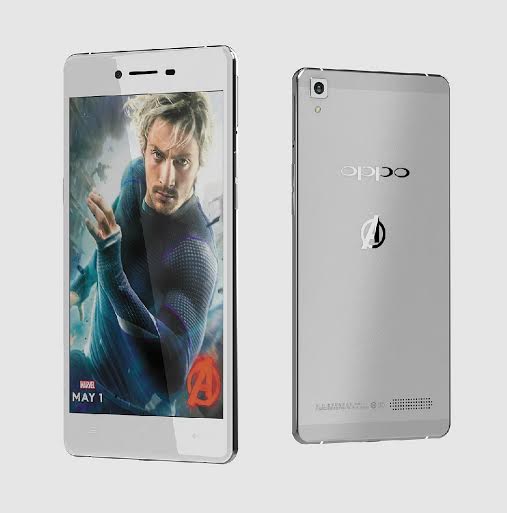 On May 20th, the Chinese company Oppo will unveil their latest smartphone called Oppo R7, a phone that made a lot of buzz lately. The first leaks with this phone revealed the fact that a light refraction technology was introduced in order to hide the screen bezels and offer an edge-to-edge experience. Shortly after, we found out that the R7 won’t pack this feature.

After a couple of days ago when we found out when the phone will be announced, today a press image shows up online. We can see that Oppo R7 could arrive in a special Avengers edition, and that the camera on the back won’t pop up of the case as it did on Oppo R5. 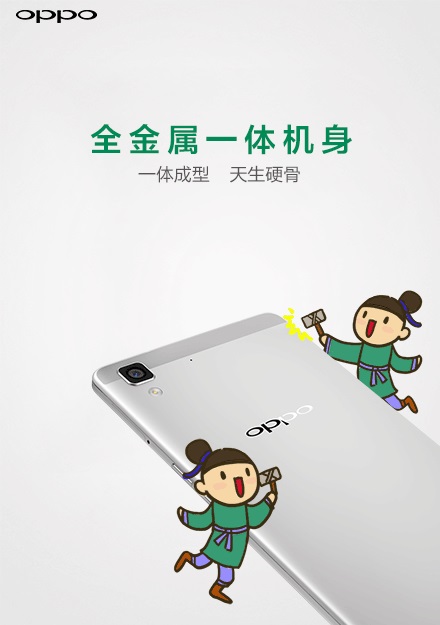 The image above also shows up how the back of the phone looks like. We notice a single-LED flash, the Avengers logo and the speaker at the bottom. According to some recent leaks, Oppo R7 will bring a case made out of a magnesium alloy.

Beside the picture above, recently Oppo revealed a new teaser image on the Chinese platform Weibo where we can take a closer look to the back of the phone.