Orange has just launched a fresh and cheap product in its homeland, France: an Android 2.1 smartphone with a touch display. This unit is called the Tactile Internet and comes with very much the same specs as the HTC Tattoo model. They include a 2.8 inch QVGA screen and a 3.2 megapixel camera. 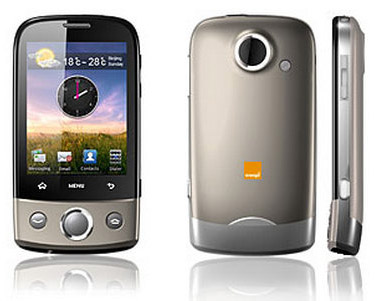 Also, Tactile Internet comes with HDSPA and WiFi, Bluetooth, FM radio, a 3.5mm audio jack, 256MB of internal memory and a microSD card slot. A 2GB memory card will be bundled with the unit and we have to mention that this smartphone measures 13.8mm in thickness and weighs 104 grams.

Orange plans on selling the phone for one euro on contract and we’re betting they’ll get some impressive sales out of it.