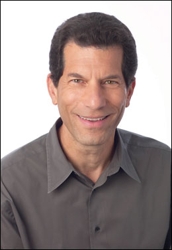 Palm is among the headliners of the past weeks, but not thanks to some major innovation, instead revealing deep internal and financial issues. Apparently, its market share is in free fall, while the sales are also dropping and they can’t even find a buyer.

There’s an important restructuring coming and CEO Jon Rubinstein might even be replaced.

This is all speculation and rumours for now, but Palm might need to take drastic measures, specially because they have to face a huge unsold inventory. We really don’t see how they’ll be able to compete with Apple, RIM or HTC in the smartphone wars. In case you’re wondering, Rubinstein came from Apple, where he handled the hardware department.

He was recruited by Palm’s most important investor, Elevation Partners, but the current Palm CEO is a better engineer than he is a marketer. This is proved by the fact that the company is even tough to sell, let alone its products.