Home GSMDome Philips i999 Will Be Priced at $600; We Get Fingerprint Scanner and... In October last year we found out about a true flagship device from Philips, more precisely the i966, a 5.5 inch phone that brought QHD resolution, 3 GB of RAM and quad-core Qualcomm Snapdragon 801 processor in the package. Unfortunately, this device runned YunOS, a Chinese operating system based on Android Open Source Project that was developed by Alibaba. However, a few days ago we ran into a certification from TENAA that revealed a similar phone called Philips i999. This device offers just the same specs as the YunOS model, but it runs Android 4.4.3 this time, a thing that might suggest a possible launch in other countries too. 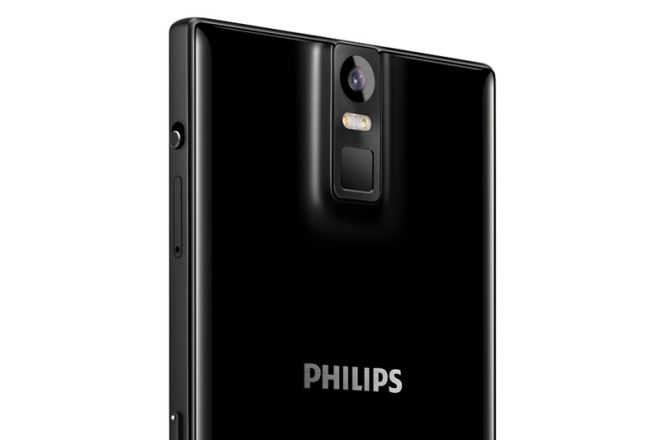 Philips I999 packs a 5.5 inch QHD display, 3 GB of RAM, a quad-core Qualcomm Snapdragon 801 processor, 32 GB space of internal storage and a 20.7-megapixel rear camera with f/1.8 aperture. The phone pictured above also brings a fingerprint scanner. From what it seems, Philips i999 will be priced at $600.