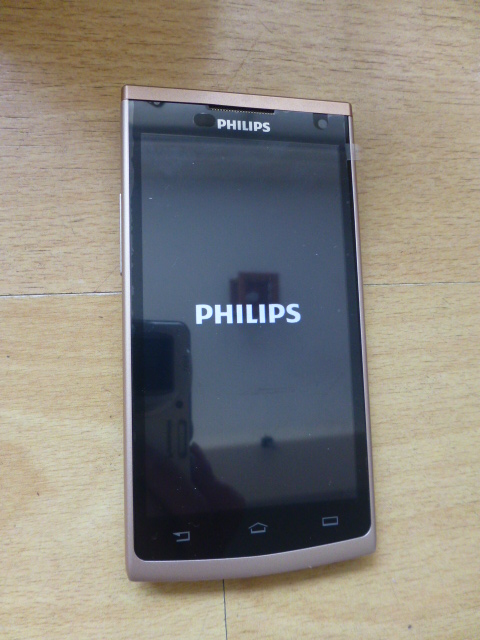 At the end of May Philips debuted the S388 dual SIM phone and today we catch a glimpse of some hands on shots with the device. In the meantime Philips also launched the S301 model, a 4 inch handset detailed here.

The S388 runs Android 4.2 Jelly Bean and relies on a quad core processor clocked at 1.2 GHz. The RAM quantity is 1 GB RAM and there’s also 1.9 GB of storage on board, as well as microSD. The screen on this model is an IPS one and its diagonal is 4.5 inches, while the resolution is 540 x 960 pixels. At the back we find a 5 megapixel camera, with autofocus and flash, while upfront there’s a 0.3 megapixel shooter.

Other features include Bluetooth and WiFi, GPS, microUSB and an audio jack. This model comes with a 1700 mAh battery, good enough for 10 hours of talk time. The handset measures 9.1 mm in thickness and the price tag is around 117 euro. The design of the phone is pretty basic and involves a larger upper and lower side bezel and capacitive buttons. I’ve also included a shot of its custom UI.