ZodTTD is a name that will sound familiar to those accustomed to playing emulated games on their handsets. This hacker was among the first to port SNES, Genesis, N64 and Playstation games on the iPhone, also finding time to create a VLC media player version for Apple’s phone. Now, he’s moved on to Android. 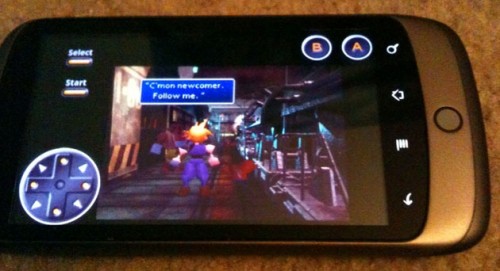 The hacker is creating a yet unnamed Playstation emulator for Android and we’ve found out that ShaDenSu of DigitalDisbeliever managed to get a sneak peak at the product earlier this week. SheDenSu mentioned that ZodTTD is working with the author of NESoid and GameBoid emulators, specifically for this project.

The brand new PSX emulator requires some serious hardware, so you need a smartphone with a Cortex A8 or Snapdragon processor, if you want a decent framerate. Well, if you have a Nexus One and some patience, you’ll get your share of PSX action…