After the big time leak of a video showing the Nexus Prime in action, the handset also known as the Samsung Galaxy Nexus has leaked again. Now it appears picture in a poster showing Android 4.0 on top and the device’s pic below, plus a bunch of specs. 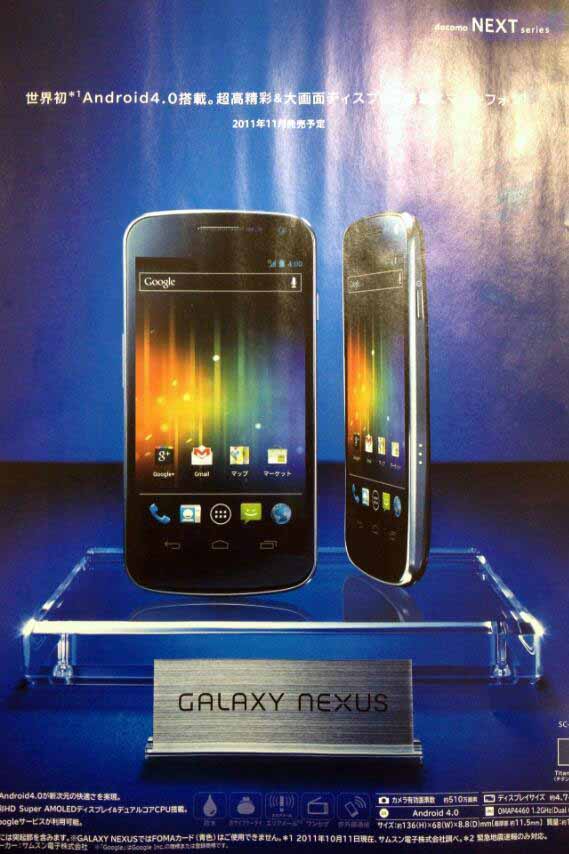 I have to remind you that the phone will be announced in about 12 hours from now in Hong Kong, during a special event that will mark the unveiling of Android Ice cream Sandwich. This poster comes from carrier NTT DoCoMo, a Japanese operator that also revealed the following specs of the Nexus Prime/Galaxy Nexus:

There’s also a notification LED on board and this first Android Ice Cream Sandwich smartphone will also feature a very thin chassis, reaching 8.8 mm in its thinnest point. Galaxy Nexus will weigh 135 grams and you’ll get to see it officially in a couple of hours.