Chitika’s recently published stats concerning mobile data traffic and its sources is an useful insight into the battle between the iPhone and its rivals. Chitika operates one of the largest mobile ad networks out there, having access to some very relevant figures. Now let’s see how the battle is done! 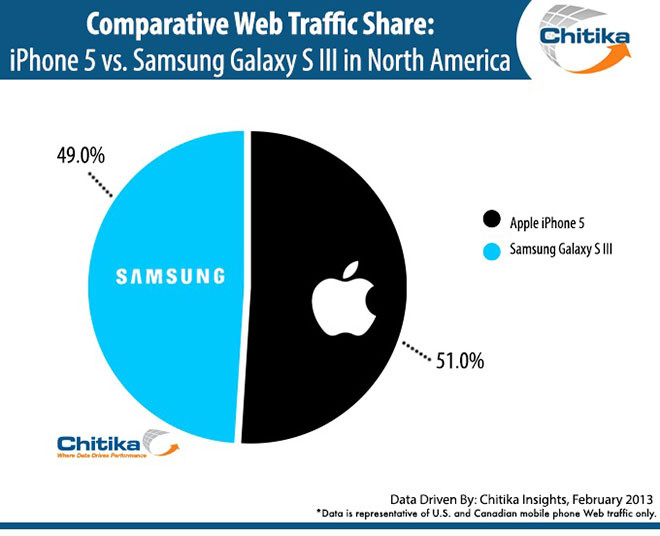 It appears that the iPhone 5 had an 8% advantage over the Galaxy S III back in October and that distance is now only 2%, according to Chitika. They base their stats on tens of millions of mobile ad impressions that were sent over Chitika’s network in the US and Canada, in the time frame February 1st to February 9th. The iPhone 5 stood for 6.6% of web traffic, while the Samsung Galaxy S III had 6.3%. If we bundle all the active iPhone models into the stats, we’d find that the Cupertino firm has a 41.5% web share, 4.5% less than in October.

In the same time area, Samsung’s overall web share rose to 20.6% from 17%. Apple and Samsung reached a total of 62.1% in February, that’s 1% down from October. This means that other platforms are gaining share, in spite of its small amount. iOS 6.0 already accounts for 83% of iOS web share, with this build launched in September, so far more impressive than the rate of Jelly Bean adoption. 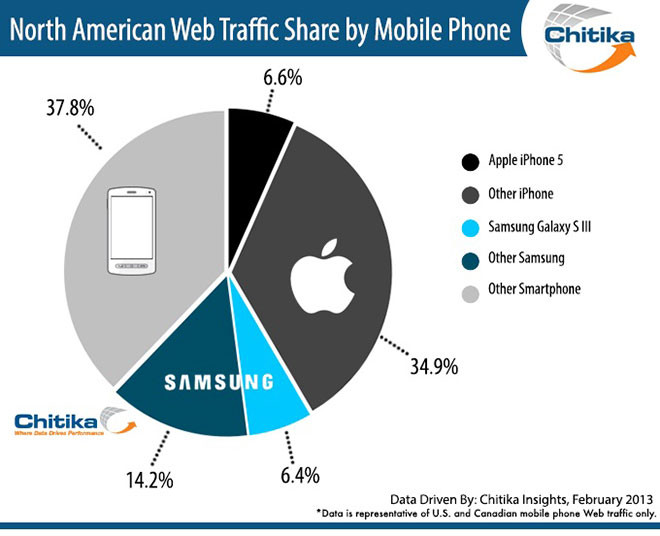