UK carrier Three has just managed to leak its entire spring-summer lineup, that includes an interesting newcomer. We’re talking about the Samsung Galaxy S2 Mini, a name we haven’t heard till now. This is now the Galaxy Mini we already knew, but rather a dumbed down version of the Galaxy S2 smartphone. 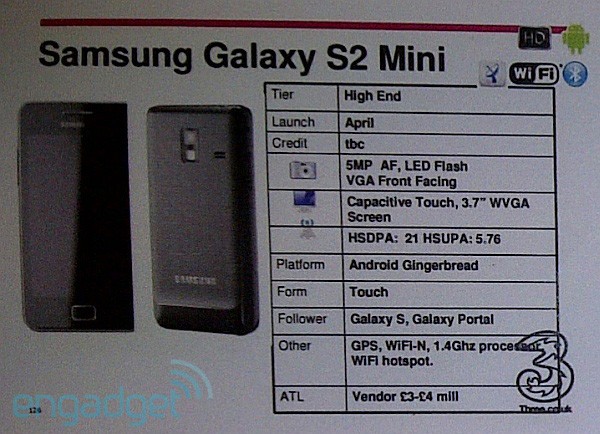 This interesting handset comes with a 5 megapixel camera with LED flash, a 3.7 inch display. Android 2.3, a 1.4GHz processor, WiFi and GPS. It also supports 21Mbps HSPA+ connectivity, in case you’re wondering. Accompanying this future release is the Nokia X7, that was spotted in Pakistan recently, in leaked images.

The X7 should launch in June and tablets are also on the list, with products like the HTC Flyer and WiFi-only PlayBook coming in June as well. The Nokia X7 is supposed to feature Symbian, an 8 megapixel camera with dual LED flash and a 4 inch nHD display. 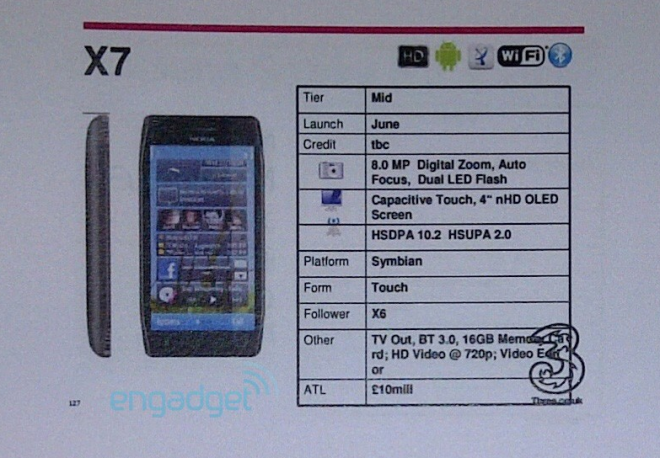 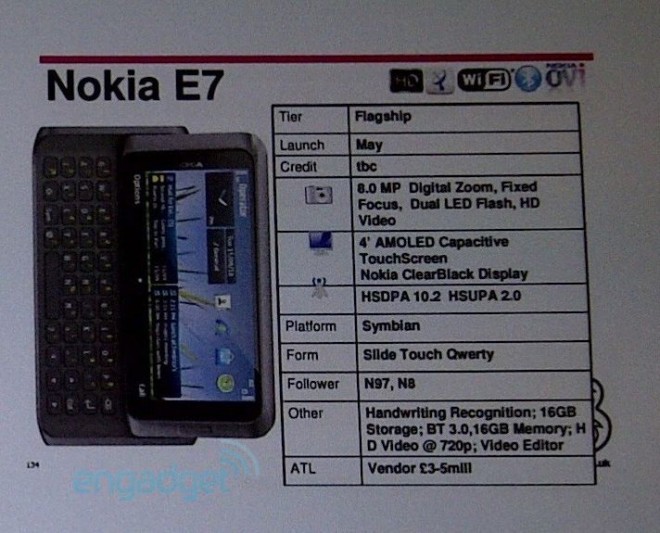