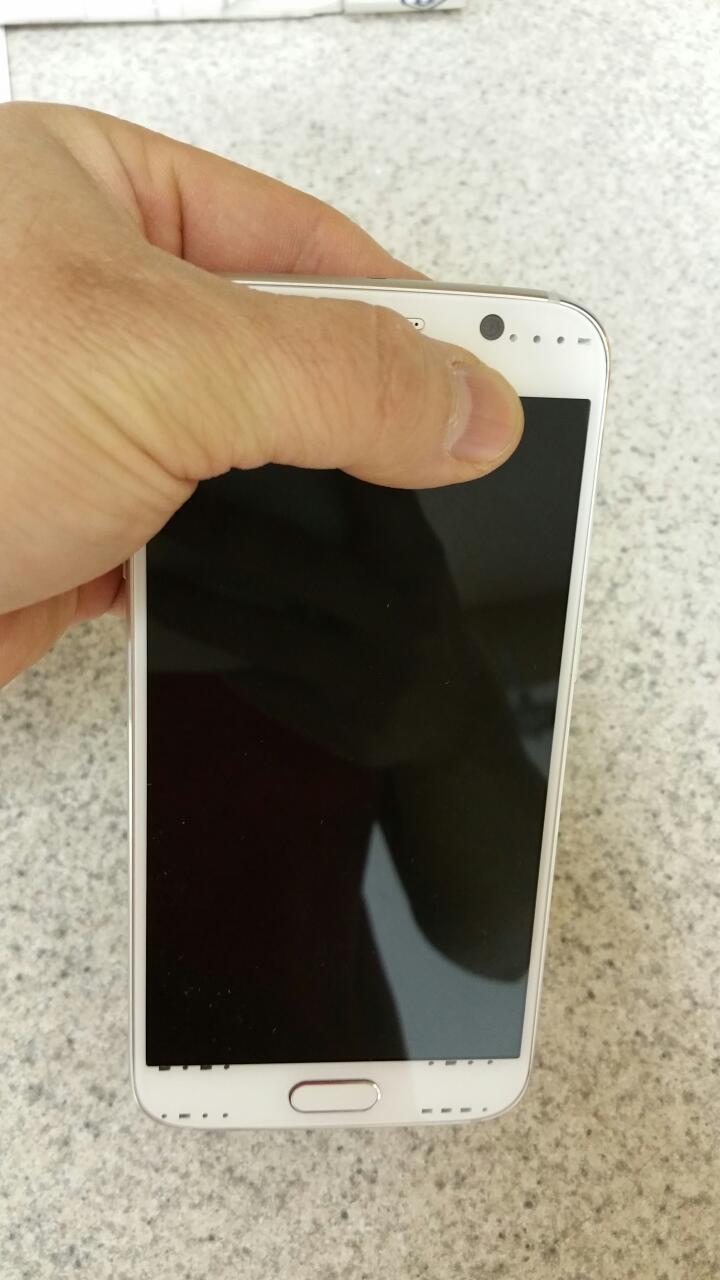 The Samsung Galaxy S6 has leaked again, this time in a series of hands on shots, that reveal a prototype of the phone. This looks like a very authentic leak, that originated from XDA Developers member reefur. He claims he got it from AT&T directly and it’s a test model. 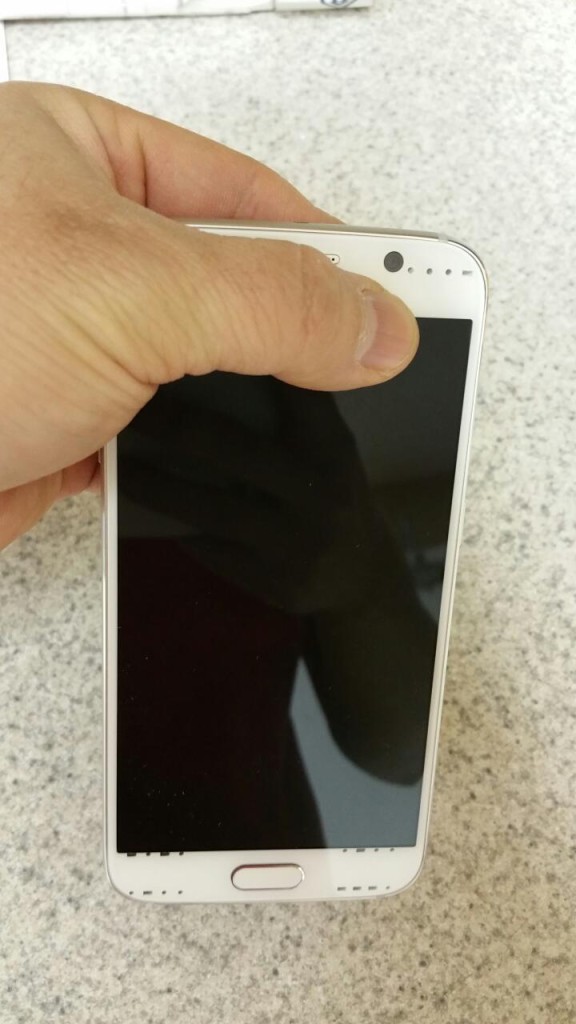 It’s confirmed that we’re getting a glass back and front with metal on the sides. I have to say that the bottom and sides of the unit look immensely like the iPhone 6 and may generate lawsuits. The camera at the back protrudes less than expected and the heart rate sensor and flash are a bit further from it to the side, compared to expectations.

By the way, judging the size of the hand of the user compared to the Galaxy S6, I’d say this is a very wide and big phone. Could it be that the diagonal has gone up from 5.1 inches? The facade has remained largely the same, although it feels a bit more like Galaxy S4 than S5. The audio jack is placed at the bottom and we’ve got an infrared emitter on top.

Everything seems to fit perfectly with the previous leaks, including those of cases. What do you think? Real or fake prototype?