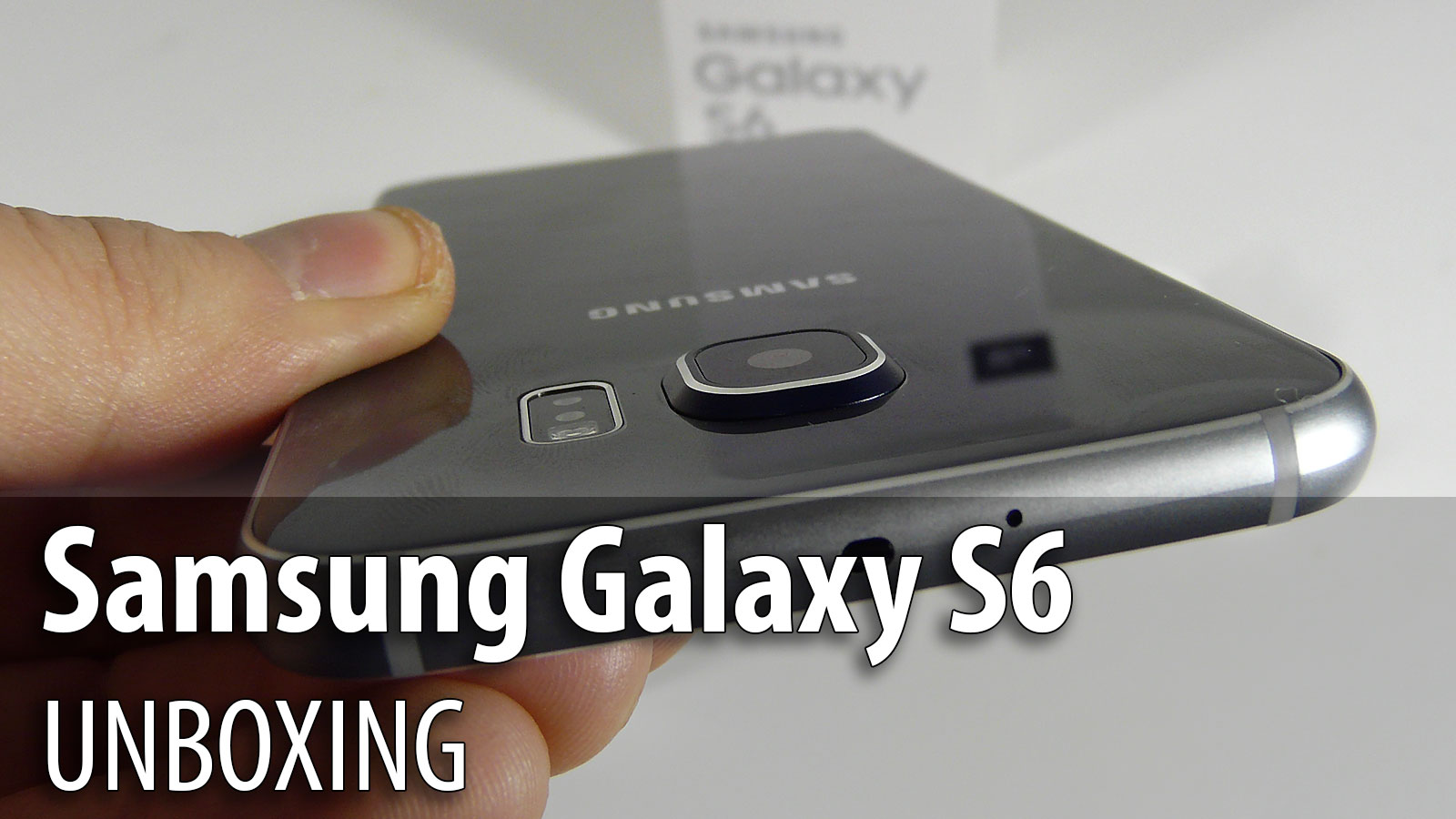 Samsung Galaxy S6 was announced on March 1st, at MWC 2015 and we got some quality time with the device there. Today the handset has arrived on our test table and receives an unboxing below. This is a pre release version, by the way, so we won’t pick at it too much. 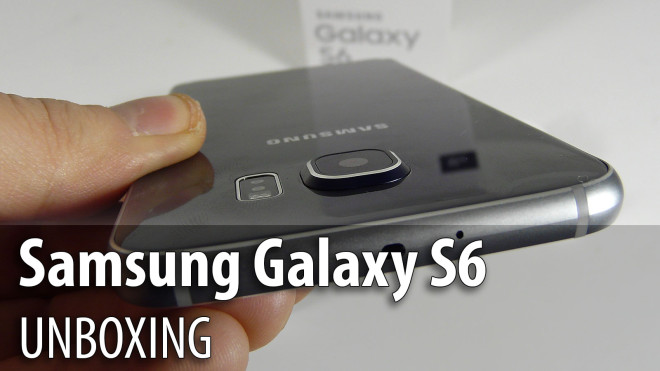 The box of the device is pretty basic, rectangular and compact, much like the one of a GAlaxy A unit. Samsung Galaxy S6 will debut in stores in April, priced starting from 700 euros. Inside the box we find headphones, headphone plugs, a charger, USB cable, metal key to prop open the nano SIM tray and a manual. The design of the handset involves a metal frame, a solid one and a glass plate at the back, plus one at the front. 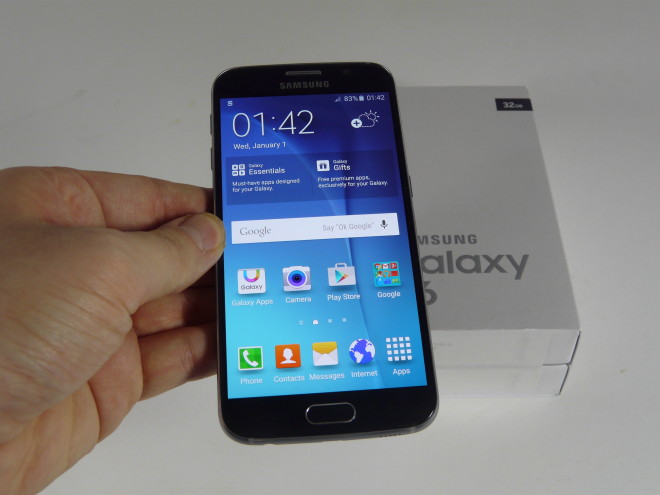 They both have Gorilla Glass 4 protection, by the way. The headphones do resemble the EarPods a bit, but not in a huge way, since they use a softer material at the top and also have that little lifted part. Back to the flagship, the Galaxy S6 measures 6.8 mm in thickness, weighs 138 grams and packs a powerful Exynos 7420 octa core processor, 3 GB of RAM and a 16 MP back camera with OIS and 4K Video capture. 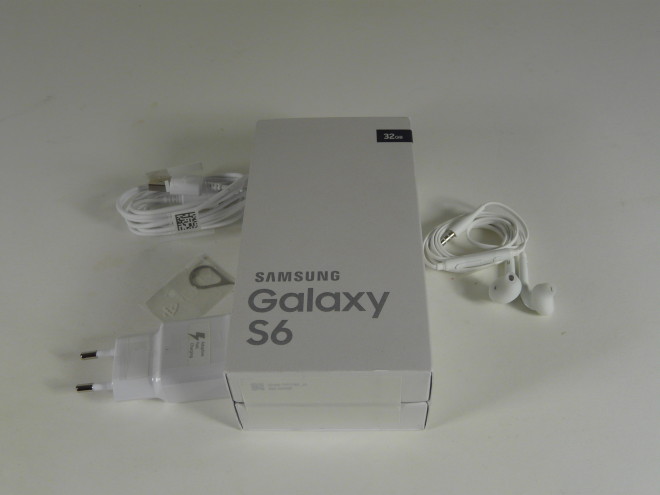 The display is a 5.1 inch Super AMOLED Quad HD one and the OS here is Android 5.0.2 Lollipop with a new TouchWiz on top, very fluid and fast. There’s no microSD card slot on board and also the 2550 mAh battery is non removable. Storage is available in 32 GB, 64 GB and 128 GB versions and there’s a 5 megapixel front camera in the mix too, for selfies. In spite of the glass body parts, the Galaxy S6 doesn’t feel slippery and remains comfy, grippy and compact.

The camera UI is transparent in the Modes area, while the Settings are now separated in a different screen. We’ll be back with a full review soon.