The last time we heard about the Google Nexus S, the device was pictured in the hand of Eric Schmidt, Google’s CEO as he was the teasing the handset during an official event. Next, the device was confirmed by Best Buy and some minor specs leaked and now it’s time for a new live shot, shown below. 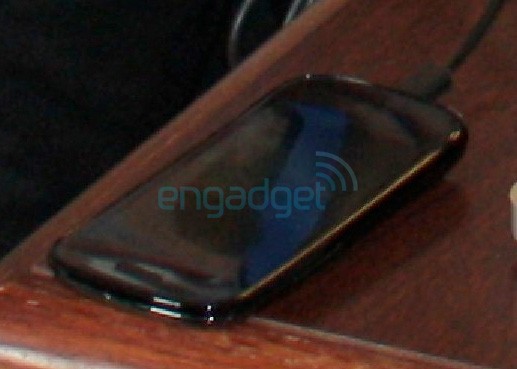 Uncovered in a Google employee’s Picasa stream, the image was quickly taken down, but Engadget managed to get a hold of it. This blurry hands-on pic shows a pretty curved phone and we sure hope that there wasn’t another Nexus S taking the picture. Apparently the device is supposed to feature a 5MP camera, Android 2.3 Gingerbread and a full touch display with a pretty big diagonal.

Supposedly, the handset will arrive on T-Mobile, with built in GPS, a 1500mAh battery and support for EDGE/GPRS and HSDPA connectivity. More info when we get it!