Sony Ericsson has just announced on Facebook and its blog the launch of its very own channel in Android Market. This is the first handset manufacturer to do that and it’s an initiative that we guess others might follow at some point. Keep in mind that this feature depends on the carrier you’re using, so not everyone will get it. 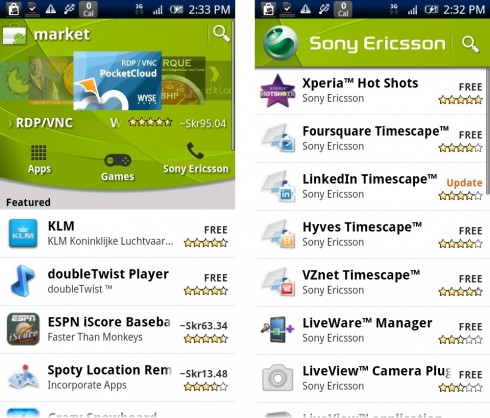 Thus, instead of the “My Apps” section in Android Market, you’ll now see the link to the Sony Ericsson apps. This channel will be used to provide recommendations in finding the best apps and games for your Sony Ericsson handset. Also, this is a method of finding original apps made by the company, an example being the Timescape plugins and a couple more.

You should also expect exclusive content coming straight out of this section and another plus is the fact that developers will be able to target the public better, when creating games and apps specifically for Sony Ericsson users.