After the impressive number of leaks on Sony Ericsson’s side, the company decided to confirm at least two of the devices we’ve seen recently. One is the leaked CK15i, the one with the sliding QWERTY keyboard below and the other one is supposedly called the Mix Walkman. 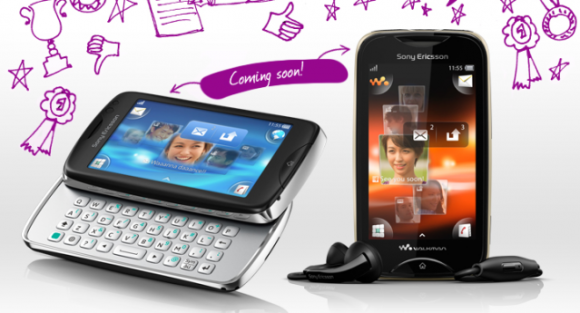 We say supposedly, since the names of these two devices are only suppositions, based on a competition started by Sony Ericsson on Facebook. This challenge allows the user to become the world’s first reviewer of one of the two Sony Ericsson phones shown here. Also, if your review wins the competition, you can receive no less than 10 phones for your family and friends.

In order to enter the contest, you must guess the name of the two phones shown, choosing them from these options: Sony Ericsson txt pro and Sony Ericsson Mix Walkman, Text mini messenger and Mixing Mini and finally Messaging Pro and Mini Walkman. Txt Pro and Mix Walkman sound like the perfect names for these devices, if you ask me.

Also, we found out that they’re running Android 2.3.4 with the custom UI we also saw on the Xperia Mini Pro.