Sony Ericsson Xperia Arc has got to be one of the most beautifuly designed Android handsets I’ve tested so far. It’s not only the fact that it’s got a thin chassis, but also a great camera and a great feel in the hand of the user. 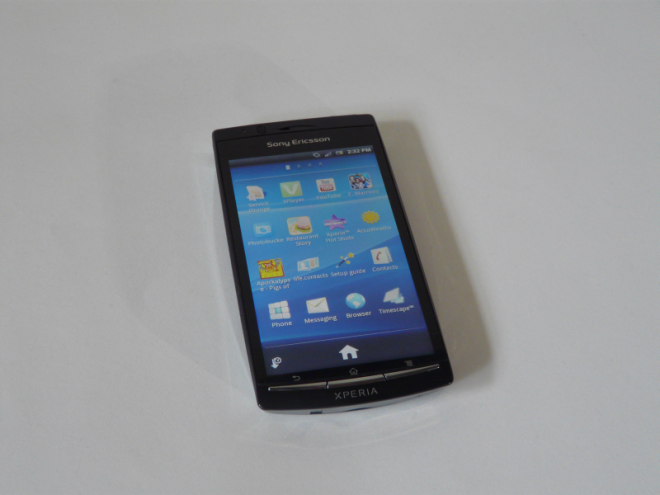 Te device comes with a 4.2 inch display with a 480 x 854 pixel resolution and an impressive 233 ppi pixel density. The handset measures a me 8.7mm that made it a record breaker when it was launched, soon to be surpassed by the thinner Galaxy S II. The handset weighs 117 grams and comes with 320MB of storage, 512MB of RAM, both deal breakers, if it weren’t for the microSD card slot and 8GB included card slot. However, the RAM problem remains…

As far as connectivity goes, we have everything here: HSDPA, WiFi, DLNA, Bluetooth 2.1 and microUSB 2.0. The brain of the smartphone is a 1GHz Scorpion CPU with Adreno 205 GPU that handles games pretty well, I have to admit. As usual with 2011 Xperias, the Gingerbread experience is customized with Sony Ericsson’s trademark icons, widgets, backgrounds and the TimeScape and MediaScape features. The first gathers all the texts, calls, Facebook status changes and tweets in a single and fluid vertical column of information. 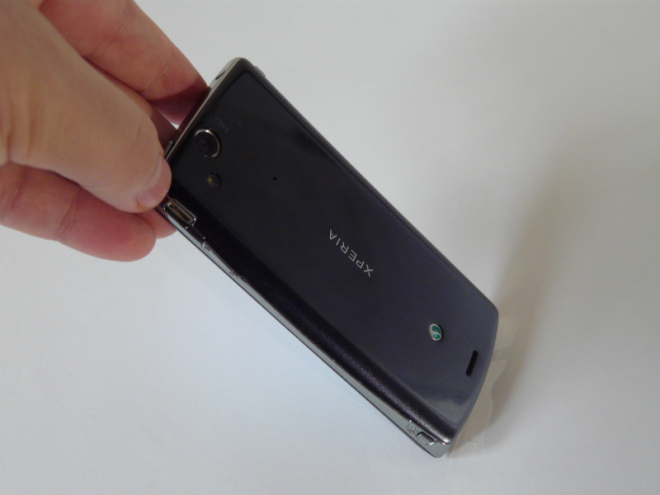 Mediascape pulls off the same column thingy, but applies to the pictures taken with the handset or those stored on it. Moving on to the hottest aspect of this handset, the 8 megapixel camera it sports, this one is a truly impressive shooter. Supporting autofocus and packing in a LED flash, touch focus, image stabilization, geotagging, smile detection and 720p 30 fps capture, this is most likely the perfect camera for an Android phone. Only Galaxy S II can be considered a worthy rival to it, or even a superior model.

The speed of the photo taking process and the way they are inserted right away in the image column on the right is stunning. There are also a lot of tweaks to perform before taking a pic, so the results you will get will be really impressive. The 720p videos look great and the pictures aren’t half bad either. As far as power goes, you get to use a Li-Po 1500 mAh battery, providing up to 430 hours of 2G standby and 7 hours of 2G talks.

Reasons to love the device there are plenty, from the slim waistline, to the lovely curved design and the powerful camera. In the end, you’re certainly getting what you pay for, but there’s also a slight defect here: the lag that’s found in all the menus , especially when scrolling. If you really want this model, maybe you should try its upgraded version, the Xperia Arc S and see if that got rid of the lag.