Looks like HTC wasn’t the only one launching WP7 smartphones lately, as Samsung also did a similar thing just the other day, by debuting the Focus S and Focus Flash models. We’re dealing here with not so impressive handsets specs-wise, but good enough to follow in the line of Omnia 7. 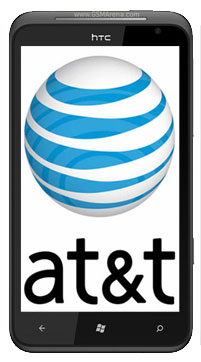 Both newcomers sport Super AMOLED displays and the most interesting of the duo is the Samsung Focus S, with its 4.3 inch Super AMOLED Plus screen and 8.65mm thin body. There’s also an 8 megapixel camera on board and a 1.3 megapixel camera at the front. Under the hood you’ll find a 1.4GHz single core processor and support for 4G speeds according to AT&T, meaning that it’s in fact all HSPA+.

Samsung Focus Flash comes with a 3.7 inch Super AMOLED screen and a 5 megapixel camera, so nothing impressive here. There should also be a front camera on board, as well as a single core 1.4GHz CPU. Sadly, there are no images of the newly announced phones, so all we get is the render above. AT&T will also be selling the HTC Titan, with its 4.7 inch screen and 1.5GHz CPU. Of course, all these phones mentioned above run Windows Phone Mango.