Well, what do we have on our hands? A very beautiful Sony Ericsson Xperia Arc handset, the thinnest in the world (8.7mm) and the PlayStation Phone aka Xperia Play. And now they’re becoming a trio of hotties, joined by the Xperia Neo, pictured below. If you think you’ve seen this device before, know that you have, as it’s been previewed by Mobile Review. 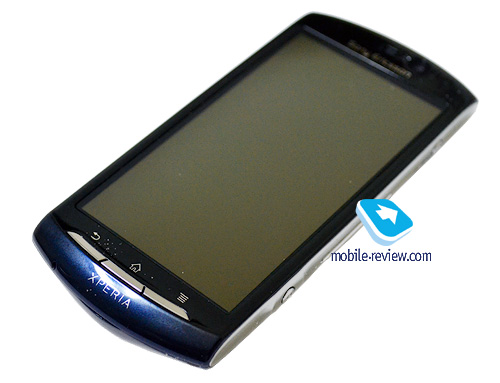 Speculated as being the follow-up to Sony Ericsson Vivaz, this phone is in fact the Xperia Neo and it was previously known as the MT15 or Hallon/Halon. Powered by Android, this device, together with the Xperia Play and Arc will be announced during Sony Ericsson’s event on February 13th, in the Mobile World Congress pre-show.

The Neo looks very much like the older Vivaz model and as we learned in the preview, it comes with an 8.1MP camera, with Exmor sensor, a single LED flash and a display resolution of 854 x 480 pixels. Android 2.3 Gingerbread is the OS of choice, accompanied by the TimeScape software layer.