It rarely happens that a smartphone that doesn’t aim high manages to impress me… but this is the case of the Sony Ericsson Xperia Ray. I’ve tested the Xperia Play and came out disappointed, tested the Xperia Arc and wanted a bit more and now the Xperia Ray gave me a boost, at a very reasonable price. 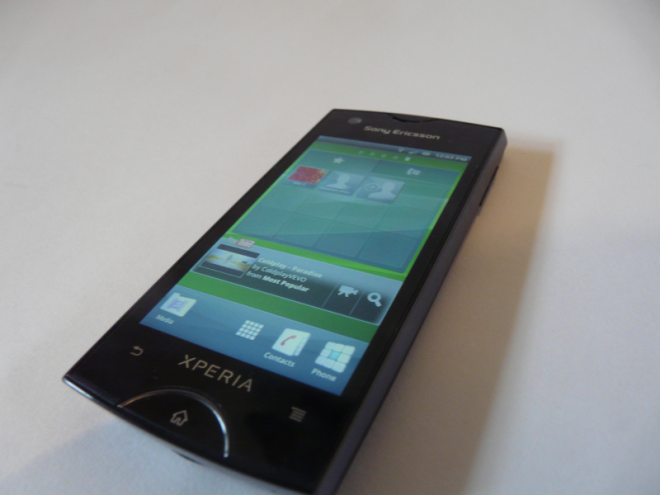 I’m ready to embrace this handset from the point of view of a teenager, considering its young look, orientation towards multimedia and light specs. Also, the size makes this a light player for the teens… it actually reminds me of the similarly light LG Optimus Black, although a lot less wider. Actually, this model is so narrow, that it takes a while to get used to. We’re talking about an Xperia handset with a 9.4mm waistline, 100 grams of weight and packing a 3.3 inch display.

Said display is a LED backlit LCD with 480 x 854 pixel resolution and Bravia Mobile engine behind its crisp images. Xperia Ray comes with 1GB of internal memory, 512MB of RAM, the latter felt in the OS, that has the tendency to lag especially when the screen is filled with live widgets. The phone is bundled with a 4GB microSD card, but you can add up to 32GB of storage to it. 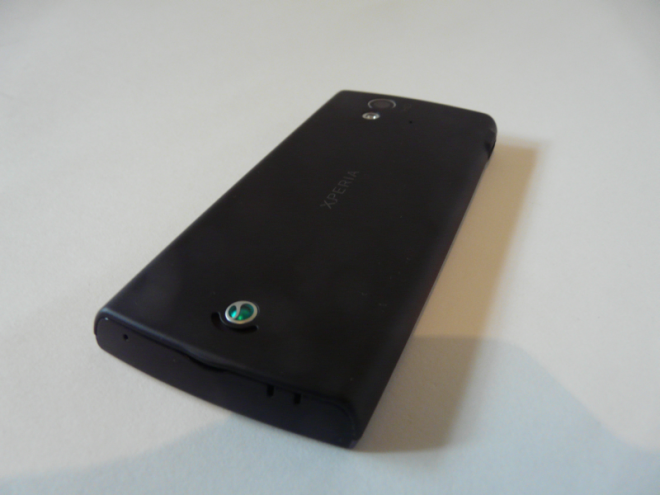 As far as connectivity goes, the smartphone allows you to use HSDPA 7.2Mbps connections, WiFi, DLNA, Bluetooth 2.1 and  microUSB 2.0. Running on Android 2.3 Gingerbread, this device relies on a 1GHz Scorpion CPU with Adreno 205GPU, that actually handle the gaming pretty well, even if they’re not top notch features. The camera is a very solid 8 megapixel with autofocus, LED flash, geotagging, face and smile detection, plus touch focus, image stabilization and 720p video capture. On paper, the camera is the same as the one on the Xperia Arc, but in real life… well, not so much. At least the interface is a quality one, customized by SE and looking like the one on the Arc.

And since I mentioned interface, the usual Sony Ericsson layers are applied on top of Android 2.3, including a bunch of unique widgets, themes and the TimeScape area (SMS, calls, Facebook, tweets in one single place) and MediaScape (all the pics and videos in a vertical timeline).

Stereo FM radio with RDS, A-GPS, a secondary camera, digital compass and a Li-Ion 1500 mAh battery round up the specs list of this appealing piece of gadgetry. Its battery is not quite impressive, especially if you’re a heavy user of WiFi, a downloader and a gamer… However, the video playback, photo/video capture and audio playback are the strong points of this handset, that excells in multimedia.

It will really fit a youngster and with the recent Xperia update with panorama and 3D sweep features available, it’s even more appealing. As a bonus, SE also promised Androdi 4.0 for some of its devices, so it’s a gamble, but the Xperia Ray may actually be on that list. A thing I didn’t like was the semicircle area at the bottom with LED lighting that’s white when you use the phone, red when it’s charging and green when it’s charged. It gives the phone a cheap feeling, but maybe that’s just me…

Don’t forget to check out our full review below for a full look at how the new Android Market is shaped like. The verdict for this model is a positive one and it’s a must buy if you want the high end Xperia features for a mid-end price.