O2 UK will be the first local carrier to offer the brand new Sony Xperia Go smartphone, that’s destined for people with active lifestyles. The handset already has a dedicated page at the O2’s Coming Soon area, where it says that this model is coming later this month. There’s no price mentioned but I’m guessing that the phone will be available for free on a 2 year contract. 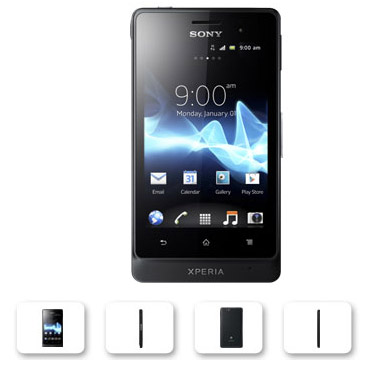 The contract should set the user back about 20 quid a month, which is pretty reasonable, if you ask me. The Xperia Go is both water and dust proof and it was announced together with the Xperia Acro S not so long ago. The specs are pretty modest and this one of those midrange tinier phones, with a 1 GHz dual core processor, 3.5 inch HVGA screen, 512MB of RAM and 5 megapixel camera.

There’s also GPS on board, Bluetooth, 8 GB of storage and Android 2.3 Gingerbread as the OS of choice. Android 4.0 ICS should arrive on this model, since it’s running on poorer configurations, but I doubt you’ll ever get Jelly Bean on this unit, since there are speculations that not even the Galaxy S II will get it. So, are you getting the Xperia Go?