Sony Xperia J is among the newcomers that are expected to be showcased during next week’s IFA 2012 event in Berlin. Sony and Samsung are the main guests of the event, both expected to deliver a bunch of very interesting products, including the Xperia Tablet and Galaxy Note 2. Now we get a fresh press picture of the Xperia J, that can be seen below. 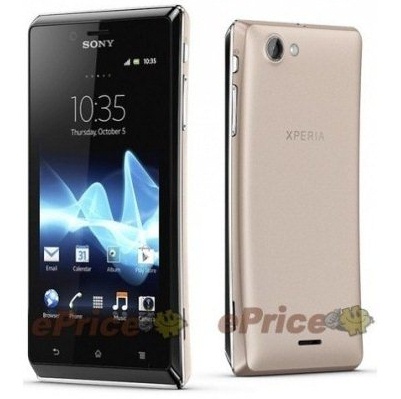 This handset is described as affordable and its design reminds me greatly of the Xperia Arc, with that curved back. The Xperia J will feature a 4 inch capacitive touchscreen, according to unofficial reports, with a resolution of 854 x 480 pixels, 512 MB RAM, a 5 megapixel camera and a front VGA camera, as well as microSD card slot. Inside there’s a single core 1 GHz Qualcomm 7227A processor and Android 4.0 ICS is the OS of choice here.

With this quantity of RAM and this CPU I envision this model as priced in the range of 250 euros or so and with contract it could even be available for free. Nice to see we’re getting a decent screen here, with a pretty good resolution. I imagine this as the rival to the HTC One V, for example.