When Sony Xperia XZ2 was unveiled at the end of February at MWC 2018, people were pretty underwhelmed. A positive is that the device finally changed the device format, but the negative is that it went with a not so sexy design. Well, now that I have the phone in my hand I have to say that it’s not as ugly as you’d think, judging from renders. We took it out of the box below and you can buy it for around $900.

In some parts of the world Sony throws in a bonus: a pair of Sony WH 1000X M2 headphones, which would be priced at around $400 separately. Several premieres are happening here: our first contact with a Snapdragon 845 phone and the first Sony 18:9 screen device we test. It’s got a glass plate at the back and it’s clearly meant for wireless charging and a change of design. Usually glass phones are lighter than metal ones, but this one is a beefy unit, at 198 grams. 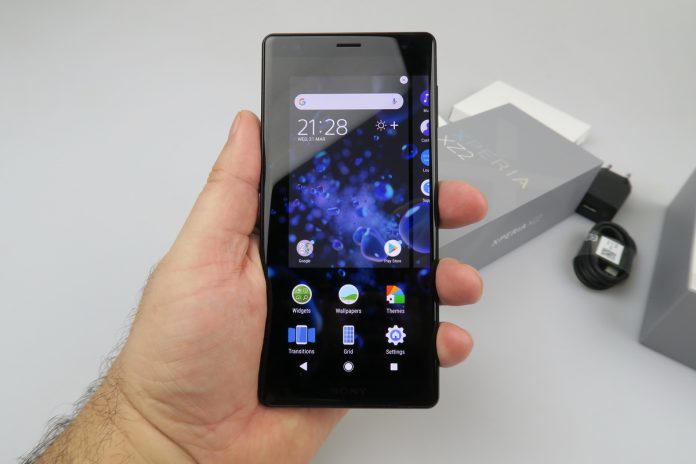 It’s also thick, at 11.1 mm. In reality it sat well in my hand, offered good grip and the glass panel didn’t draw excessive prints or grease, which for a black phone is nice to see. Inside the box we find the fast charge charger, capable of going to 12V and 2.7A, plus an USB Type-C cable and USB Type-C to 3.5 mm adapter. There’s also a manual. And yes, you’ve guessed it, there’s no audio jack here. 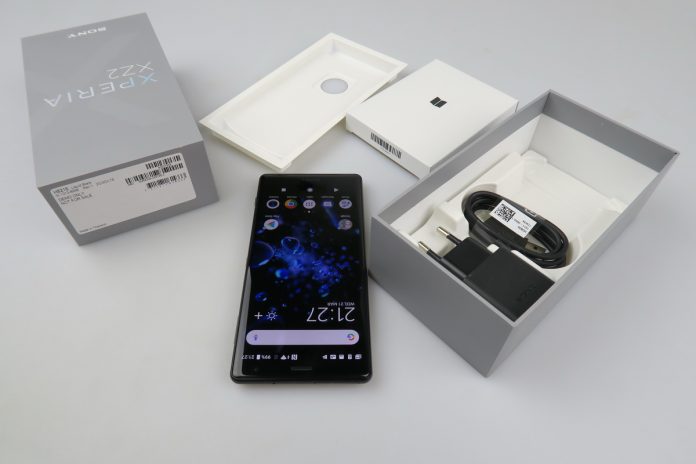 Certified with IP68 standards for waterproofing and dust proofing, the device comes in black, silver, green and pink. It’s got a 5.7 inch Full HD+ screen with HDR support and uses a Snapdragon 845 CPU, 4 GB of RAM and 64 GB of storage, plus a microSD card slot. In Sony’s pure tradition, there’s no need for a metal key to access the slots, since you can do that by simply pulling the tray outside from the top.

The battery is a 3180 mAh unit and moving on to the camera, it’s basically the same one from the Xperia XZ1, with some upgrades. It’s still a 19 MP Motion Eye sensor with Super Slo Mo, but this time it does 4K HDR video capture, Autofocus Burst and Anti Distortion Shutter. It comes with a 5 axis stabilizer, LED flash and BIONZ processing. For selfies we have a 5 MP shooter. 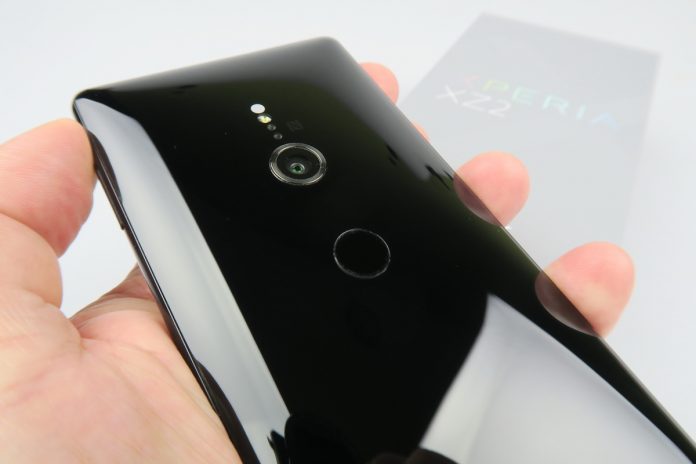 Upfront we find stereo speakers and the fingerprint scanner has been moved from the side of the phone, from the Power button to the back side of the device. There’s also LTE Category 18 here, Bluetooth 5.0 and a 3D Creator feature, which lets you create 3D scans and 3D print people, objects, pets, food etc. PS4 Remote Play completes the list and obviously, the device runs on Android 8.0 Oreo. We’ll be back with a full review ASAP. In the meantime you can get the phone here.