The Japanese are getting a mini version of the Sony Xperia Z1, it appears and that newcomer will be dubbed Z1 f apparently. The device will debut on local carrier NTT DoCoMo and the picture below shows pamphlet of the new model. 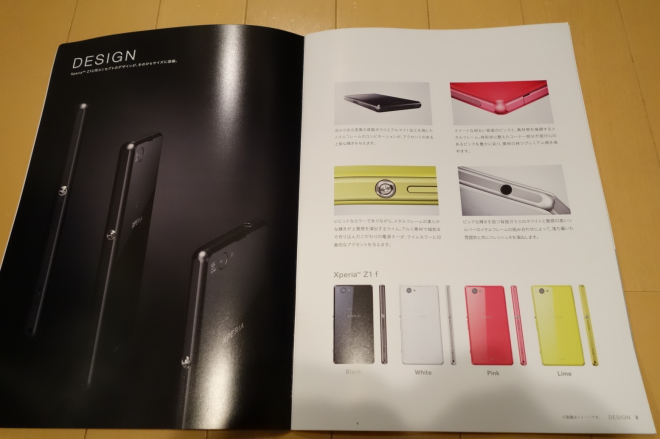 The handset will come in black, white, lime and pink and its specs include pretty much the same hardware as the big Z1. That means we get a 20 megapixel camera with Sony G Lens, but also a much lighter and compact body. There’s a 4.3 inch display on board with 720p resolution, a smaller 2300 mAh battery and the rest stays the same, including a 2.2 GHz Snapdragon 800 CPU, 2 GB of RAM, 16 GB of storage and such.

Sony Xperia Z1 f will get to keep its IP58 waterproof certification, meaning it’s waterproof… to a point. The design will be largely similar to the Z1’s, so no changes here… We have no idea when this model will be released or when and if it will come to the international market.