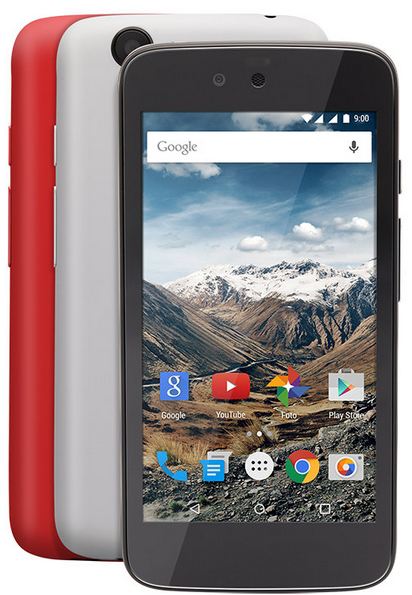 Spice has debuted a fresh Android One smartphone in Indonesia, Nepal and Sri Lanka. This device will be released under the brand Nexian Journey One and it will be the first model in the world with Android 5.1, yet unlaunched by Google.

Nexian Journey One comes with the same specs as the first Android One smartphone made by Spice, the Dream Uno Mi-498. It features a 4.5 inch IPS screen, a quad core 1.3 GHz processor, 1 GB of RAM and 4 GB of storage. There’s also a microSD card slot on board, with support for up to 32 GB, dual SIM slots, a 1700 mAh battery and a 5 MP back shooter with LED flash.

The device also offers a 2 MP front shooter. Apparently, this model was received warmly in India already and the same effect could be felt on the new markets it comes to. In Indonesia there are two more Android One devices, the Evercross One X and Mito Impact, both to be released by the end of this month.