If you’re a diehard Steve Jobs fan and you want to have a look at the keynote that included the launch of the Apple iPad, you can check out this address in order to watch it again. However, there’s a tiny little extra in there you didn’t expect… We’re talking about a clickable area, that lets you access the audio keynote of the September 2009 Apple event. 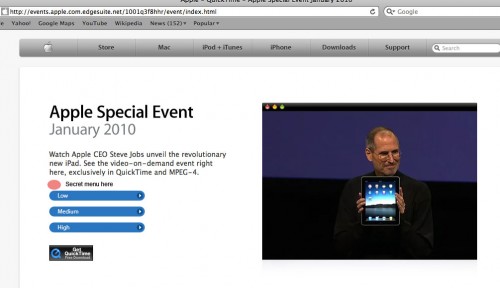 We’re talking about the “It’s Only Rock and Roll” event that hosted the launch of new iPod versions back in September and if you clicked the area above “low” video resolution in the page mentioned above, you must have found it. We can blame this on the Apple website programmers’ rush to get everything up and running for the launch.

When will this be modified? Never or on Monday, since we’re on a weekend right now. 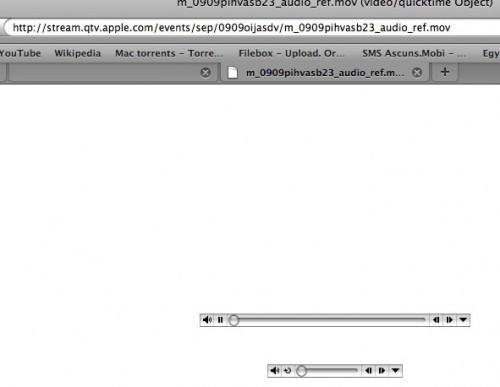