The handset you can see below is a Chinese device, called Sunno S880, that’s got more than meets the eye: the ability of dual booting both Android and Windows Mobile. Now that’s a selling point… and the specs are nice, too! 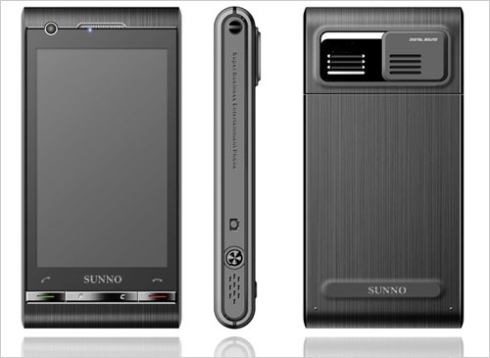 Sunno S800 comes with a 3.6 inch WVGA display, WiFi, GPS, an 8 megapixel camera with lens cover, 256MB of memory and an 806 MHz CPU. In case you’re wondering, dual boot was also supported on Nokia N95, through a couple of developer tricks, that made Android run on it, together with Symbian.

If you’re into such an innovative device, know that Sunno S880 will be available starting October 15th.