If you’ve been reading mobile-related press and blogs, you must have noticed that there’s a trend in criticizing Symbian. The mobile OS is considered outdated, mostly because of its interface, that’s not as good looking as its rivals, like the Android OS or Windows Mobile.

In a recent interview with GigaOm, Lee Williams, Symbian CEO went out and criticized Android, defending the OS he stands for. 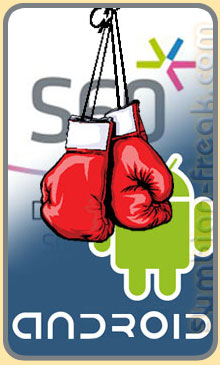 Turns out that slowly, but surely, Google is becoming the “Evil Empire”, just like Microsoft was considered back in the nineties. The Android smartphones are also the ones to get this image and the Symbian CEO states that Symbian is the only real open mobile operating system out there, while Google’s solution is a mere “wolf in sheep’s clothing”.

It must be frustrating for people at Nokia and Symbian to see their solution bashed in the press and reviews and not answer criticism for such a long time. This frustration can lead to interviews like these and one would not want to mess with Google, unless they’ve got a very, very cool product coming. What about Maemo 5? Does it have the guts to go against Android?