Since myTouch 3G debuted earlier than expected, T-Mobile was forced to release its apps sooner than they would have wanted, into the Android Market. The folks with an Android G1, myTouch 3G or HTC Hero will rejoice, while T-Mobile rushed to get their AppPack available and the folks of Sherpa also launched an app of their own yesterday. 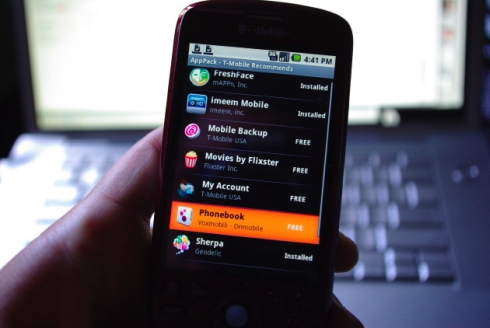 Basically, the AppPack is a collection of software that will aid Android users in their task of getting the most out of the OS. It includes apps like imeem, Sherpa, Movies by Flixster, FreshFace, My Accout, Visual Voicemail, T-Mobile Mobile Backup and more.

However, the pack is lacking a Facebook app right now, a fact that will make you sigh, since you won’t be able to remain a socialite on the go if you use a myTouch 3G. Android users, direct your devices here for the extra software goodies.