The folks of TMZ managed to score a pic of the good old Steve Jobs, Apple’s co-founder, as he was leaving the company’s HQ in Cupertino, California. This picture was taken at around 3:00 PM on Wednesday. 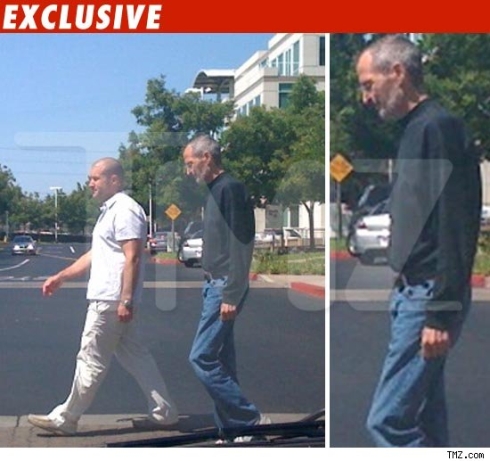 It’s the first time we’ve seen Apple’s guru in quite a long time, since January actually and this should dispel most of the rumours that had him as dead or unable to continue his work.

His liver transplant from a couple of months ago must have worked, since Jobs is back in action, triggering the increase of Apple’s stock, now at 4.00 a share.