The past days haven’t been so bright for HTC, since their new flagship, HTC One has been rumored to be plagued by future shortages. Supposedly, the components needed for the Ultrapixel camera have low yields and they’re hard to come by. In the meantime, UK retailers are preparing accessories for the device. 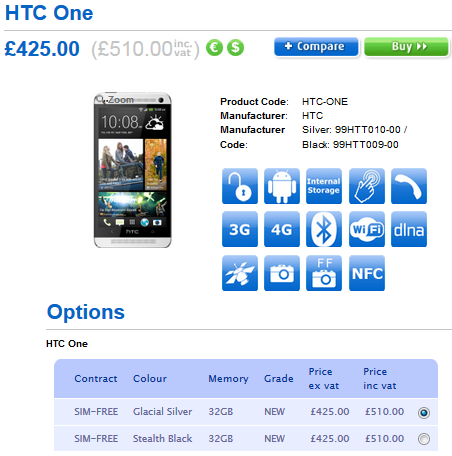 UK retailer Clove is one of them and they’ve already received inventory of 3 accessories for the HTC One, even though the handset will be launching next week in Great Britain. So, the accessories include the Double Dip Hard Shell Case, a product made from soft touch polycarbonate, that integrates the handset into a case with two differently colored caps that snap on each side.

There’s a lip around the front that will add some extra protection when you place the handset’s display down. The Double Dip goes for $22 and there are also screen protectors, at $9 a pair. The protector will prevent the display from getting scratched and it also reduces glare. Finally, there’s also a car dock on the list, with a suction cup, to install on the windshield or dashboard. This goes for $67.