A recent WSJ piece brings us details about the new iPhone, that once again is seen as a device with a 4+ inch diagonal screen. The sixth generation iPhone will finally spoil the tradition of having a 3.5 inch panels on Apple handsets. 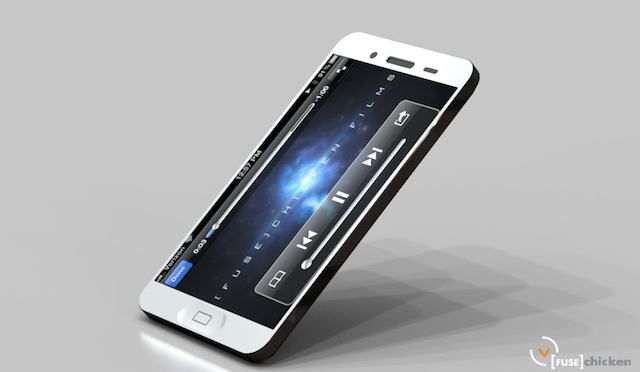 Also known as the iPhone 5, the new handset (mockup above) is expected to feature a metallic design and a screen of at least 4 inches, supplied by Apple’s Asian partners. Production of the new iPhone will begin next month, at least as far as screens go, said WSJ. Apple supposedly decided to increase the screen size because of the competition in the field and the fact that their rivals are putting out models with a larger screen estate. Just look at the Galaxy Note and its huge 5.3 inch screen, that brought millions of sales in for Samsung.

Also, the flagship Galaxy S III has a 4.8 inch display and the latest HTC Windows Phone model has a 4.7 inch screen, so everyone’s doing it. Even Nokia has the successful Lumia 900 with 4.3 inch display in its portofolio. The question is: what will the other specs be on the iPhone 5? Many expect an Apple A6 quad core CPU, LTE, better battery and maybe a RAM increase.