The Desire C is an entry level smartphone from HTC. It boast the same design as HTC’s One series, the One X and S, without the killer specs. The Desire C has a 600Mhz Qualcomm Snapdragon CPU with a Adreno 200 GPU. The screen, with a diagonal of 3.5 inches (165 ppi), comes at a resolution of  320 x 480 pixels. We have 4 GB of onboard storage and 512 MB of RAM. In the imaging department we have a 5MP autofocus camera while audio wise we get the usual Beats Audio sound enhancement. 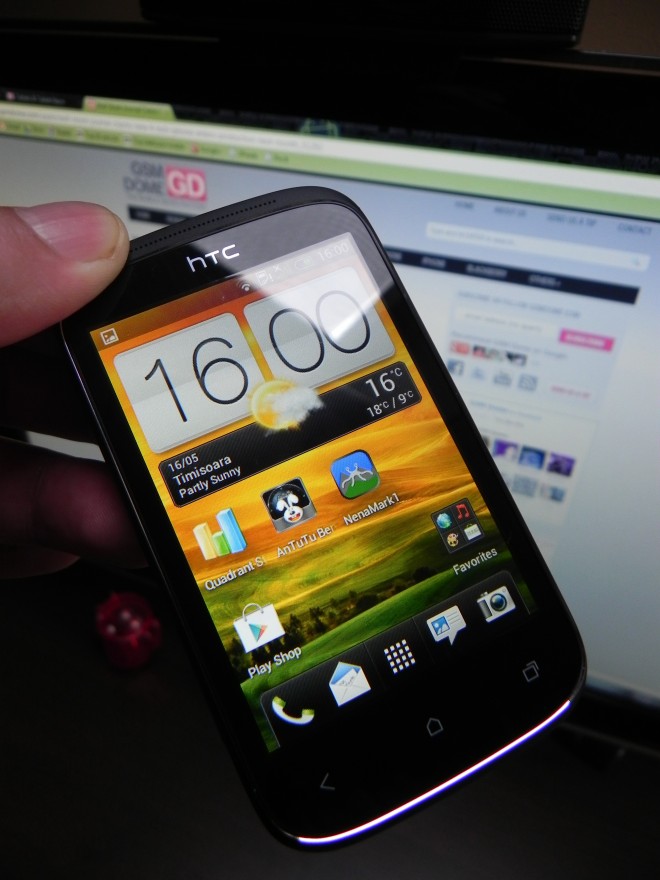 The HTC Desire C comes with Ice Cream Sandwich, version 4.0.3 pre-installed. While Google may claim that their new OS is faster then Gingerbread (like Microsoft claim Windows 7 is faster then XP), I tend to disagree. We were very curious to see how this device can handel some benchmarks as it’s the lowest spec we’ve seen ICS run on. We also added some results from older HTC models, like the Desire S and Wildfire S to see how they stack up. The final result were pretty good, given the model’s price range. In real life it doesn’t feel sluggish at all, actually it runs as it should, without to many hiccups. Now, about those results, I personally don’t care for Quadrant very much and though we ran the test the comparison will be based on the Antutu scores. And here they are. 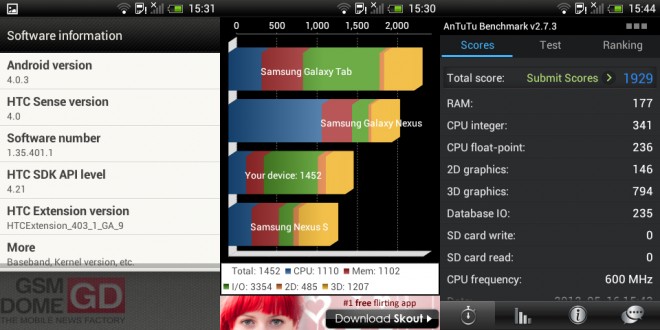 And there go the Desire S and Wildfire S. Mind you, both are running stock Gingerbread roms. 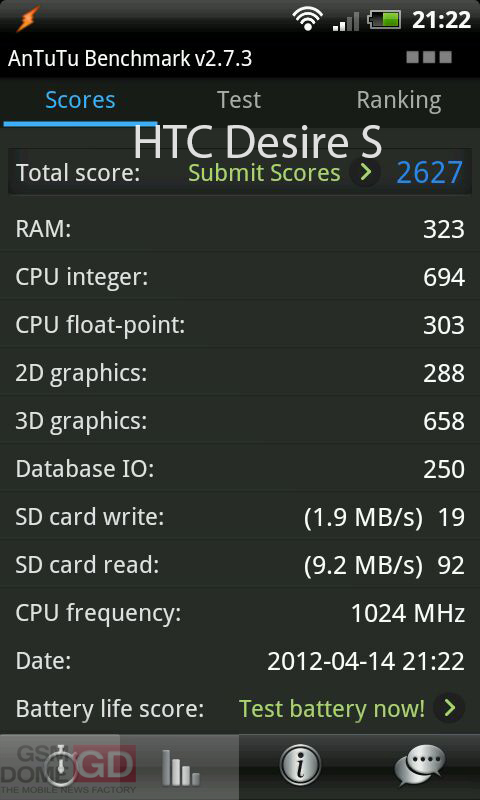 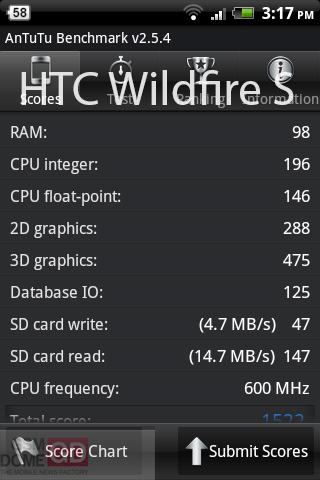 As you can see, the Desire C got a score of  1929 points, while the Desire S got 2627 points with the Wildfire S at 1522 points.Given the Desire C price range, I would say the results are pretty good. As previously stated, the device feels great and would surely recommend it to thous first time Android users or to someone that just wants a not too cheap but farley good smartphone . As of yet we have no info about the price but will let you know as soon as we do.