Be it Nokla, Scny Ericsson, LG of the HiPhone, the counterfeit handsets coming from China are slowly, but surely invading the US and European market. There are dozens of companies in China developing such businesses and according to Chinese locals, all it takes now is a “company with 5 guys”. 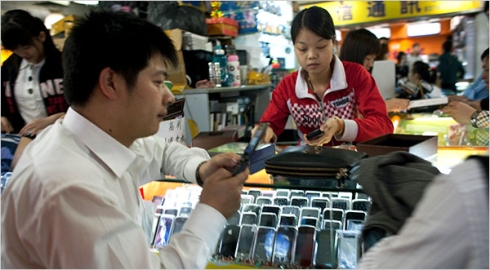 We also learn that 5 years ago, there were no counterfeit phones, because a manufacturer needed a design house, software developers, hardware designers and more, but now, things have simplified. Why? Because all suppliers are available, within a 100 miles radius. Now, all you need is a couple of employees and you’ll be able to manufacture a handset at the cost of $20.

What’s interesting is that these “shanzai” phone have been available for years and they now stand for 20% of the sales in China, the world’s largest mobile phone market. These phones are also illegally exported to Russia, India, the Middle East, Europe and the US. Global brands are pressing the Chinese government to take action against these small businesses, specially because knockoffs can be dangerous (exploding batteries and all).

While some people are getting burned or hurt by exploding cloned phones, the sales keep growing, forcing major brands like Nokia or Apple to lower their prices in order to cope with the invasion of knockoffs. When will this war end?