The white iPhone 4 is no longer a white unicorn, but rather a real product, as pointed out by the shelf space caught on camera below. The photo was taken this weekend in a Best Buy location in Houston and it clearly shows that the white iPhone 4 will cost $599.99 off contract. 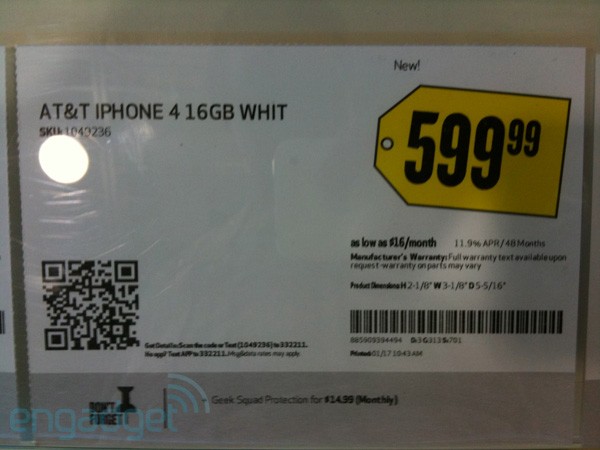 The phone will be available on AT&T and it should be coming in the next weeks, although a clear launch date is not known. Don’t worry about the QR code in the pic as it doesn’t point anywhere, but thank you for trying. Another retailer preparing for the launch of the white iPhone 4 is The Source, the Canadian version of Radio Shack. 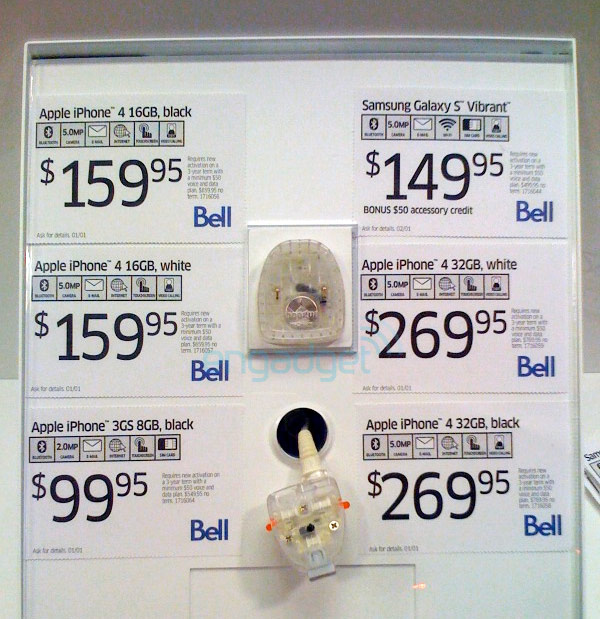