Home Android Xiaomi Mi Note Gets the Highest AnTuTu Score of All Snapdragon 810... 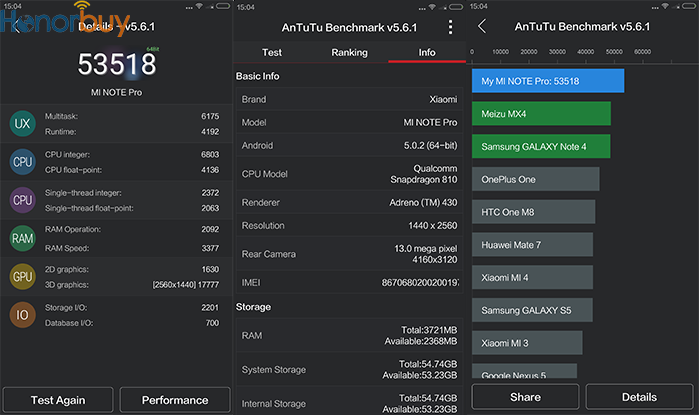 Xiaomi Mi Note was one of the devices affected by the Snapdragon 810 problems, since it was delayed a bit in order to fix all issues. Now we find that this model manages to have a better performance than other Snapdragon 810-based models, like the LG G Flex 2 and HTC One M9. 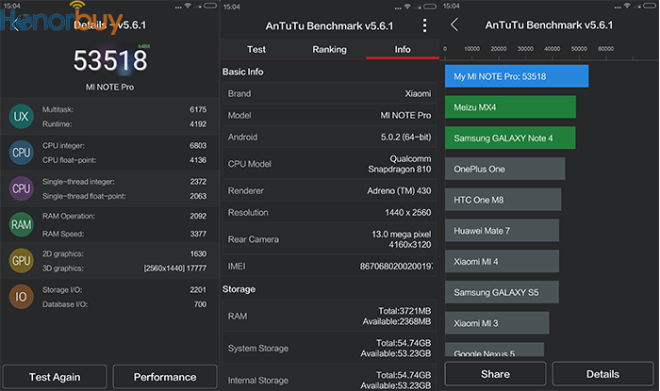 An AnTuTu score of 53.518 achieved by this model means that the Xiaomi Mi Note is the most powerful S810 device right now. It’s true that its 4 GB of RAM may also have helped with achieving this high score. For the sake of reference, the HTC One M9 scores 52.098 points and the LG G Flex 2 scores 47.688 points. By the way, this model also beats the Galaxy Note 4 and its 50.158 points. 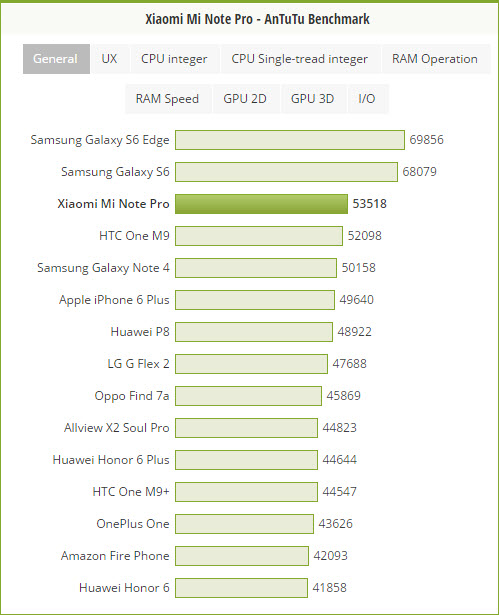 Of course, it can’t surpass the Galaxy S6 and its 68k points and some users have even reached as high as 71k. In the world of Snapdragons, the Xiaomi Mi Note is the phone to beat right now and its specs are quite appealing, with a Quad HD 5.7 inch screen on board, 64 GB storage, 13 MP camera with OIS and LTE connectivity. The device is priced at $639.99 on Honorbuy, which is the source that listed the benchmark result in the first place.